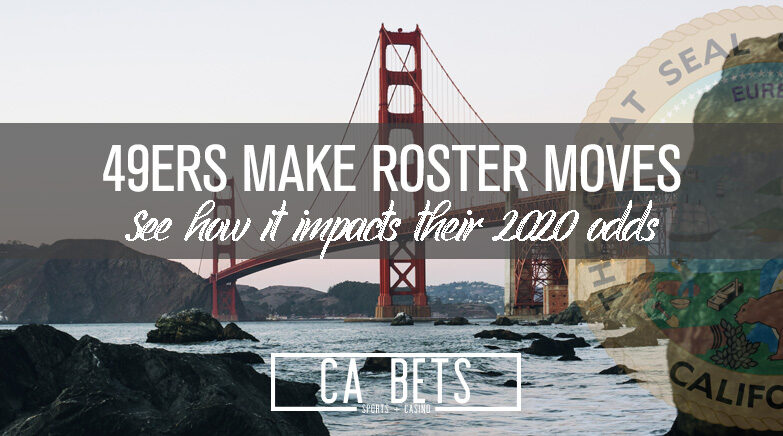 The San Francisco 49es had some roster moves done over the weekend. They first got to work on Raheem Mostert’s contract, where they added more incentives to the 2020 season. Mostert was looking for a new team this offseason after the two could not come to a contract agreement. Now, that all changed after this weekend for the 49ers and Mostert.

San Francisco then went on to sign Dion Jordan to a one-year contract. The Niners announced the deal Friday to add another former first-round pick to their very good defensive line.

Jordan was the third overall pick by Miami in 2013 but has never panned out as the Dolphins wanted due to injuries and substances. Overall, the roster moves should as a delight to 49ers fans as both should have an impact on the 2020 season.

Mostert wanted more money this offseason, and deservedly so the running back helped get the 49ers to the Super Bowl. However, Mostert lacked leverage during negotiations, which was why he was on the trading block in the spring.

General manager John Lynch eventually re-worked Moster’s contract to ana agreement they could come too and has multiple incentives for the 2020 season.

Mostert does have a favorable contract. As long as he plays well in 2020, then he should hit the bonuses he and Lynch worked out in his contract for this season.

As for Dion Jordan, he will try to redeem his career in San Francisco after being volatile since joining the NFL. Over the course of his NFL career, Jordan has been suspended for at least 32 games for multiple incidents. He has also had two knee surgeries in his career.

However, Jordan has 10.5 sacks in 50 career games with the Dolphins, Seahawks, and Raiders. He also has two forced fumbles and five passes defended. He also has the ability to play both interior and outside of the D-line.

He joins Dee Ford, Arik Armstead, Solomon Thomas, Nick Bosa, and Javon Kinlaw as first-round picks on the 49ers roster. The San Francisco defense was the reason why they made it to the Super Bowl last year and adding Jordan will help bring depth.

How Does this Affect the Odds?

As of writing this, the 49ers are +900 to win the Super Bowl this season, according to FanDuel. They are also the favorite to win the NFC at +460.

The 49ers continue to add depth to the defensive side of their roster and continue to do so with the addition of Jordan. If he can stay healthy, then he should have a valuable role in an already good defense.

As for Mostert, he showed the NFL how big of a threat he can be. In 2019, his role increased in the 49ers backfield as he had over 700 rushing yards on the season. He then became the teams go-to running back in the playoffs with over 300 rushing yards and five touchdowns in three games.

Mostert should be able to improve on his 2019 season and now has more incentives to make his motivation go up.