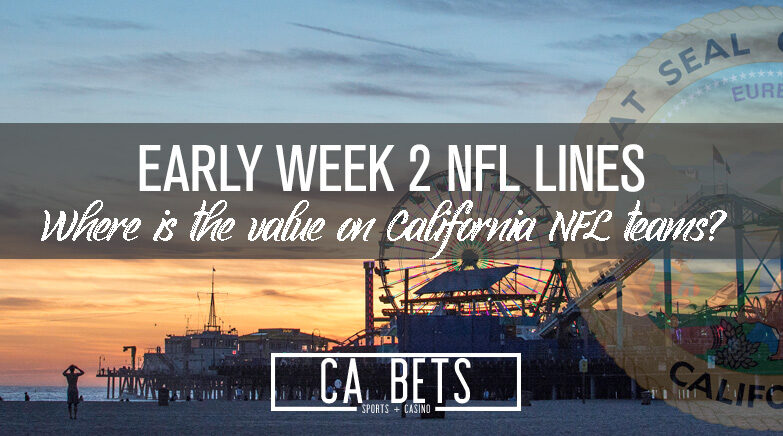 There are still two more games before the NFL Week 1 matchups are complete. However, sportsbooks across the country released its Week 2 lines already so that early action can come in on the games. The Los Angeles Rams and Chargers were the two California teams to win their Week 1 matchups, as the San Francisco 49ers fell at home to the Arizona Cardinals.

Now, as we head to week two, the Week 1 action could give us some value based on what we saw. The 49ers open up as a 7-points favorite against the Jets, the Rams are +2.5 against the Eagles, and the Chargers are +8.5 against the Chiefs.

There is value in some spots this weekend. Let’s get into it!

Despite the 49ers losing outright to the Cardinals on Sunday, I think they can come back with and take care of the Jets in Week 2. The Jets scored three points in the first half against the Bills, and only once touchdown in a non-garbage time situation.

Josh Allen threw for over 300 yards against New York, so Garoppolo should be able to mimic his success on offense. The 49ers defense struggled yesterday, but a lot of their blunders were due to containing Kyler Murray on offense. Jets quarterback Sam Darnold has nowhere near the athletic capabilities Murray has, so the 49ers should play much better on defense Week 2.

The Rams looked closer to their 2018 selves compared to what they did in 2019. The L.A. offense averaged 6.6 yards per play Sunday night against the Cowboys and controlled the clock all game. The Eagles are coming off an ugly loss to the Washington Football team and already facing some injuries after one game.

The Eagles will have trouble containing Aaron Donald on defense as the Eagles offensive line is banged up. This could be a solid opportunity to capture the Rams as a dog with the Eagles injuries and the resurgence of the 2018 offense.

Kansas City will be taking on the Chargers after the mini-bye they had this weekend by playing on Thursday night. Los Angeles held on against the Bengals after the Cincinnati kicker missed a game-tying field goal at the end of regulation.

Kansas City looks like they haven’t skipped a beat after winning the Super Bowl, as the Chargers struggled to squeak out a win in Cincinnati. The Bengals looked like the lost the game more than the Chargers won it at the end. The Chargers only scored 16 points against a bad Bengals defense.

The Rams looked very good in their week one game and could not be stopped by the Cowboys. With how well the Rams looked on offense, they should be able to keep it close against the Eagles on Sunday, even as Philadelphia experienced an embarrassing loss. The Eagles offensive line is banged up, which does not help when facing Aaron Donald.

Yes, the Chiefs can put up points, but the Chargers struggled to move the football against Cincinnati last Sunday. The Bengals had one of the worst defenses in the NFL last Sunday, and Los Angeles only put up 16 points. I expect the Chiefs to get out to an early Sunday and coast the rest of the way, hitting on 49 points or less.

Twinspires Next to Agree in Arizona 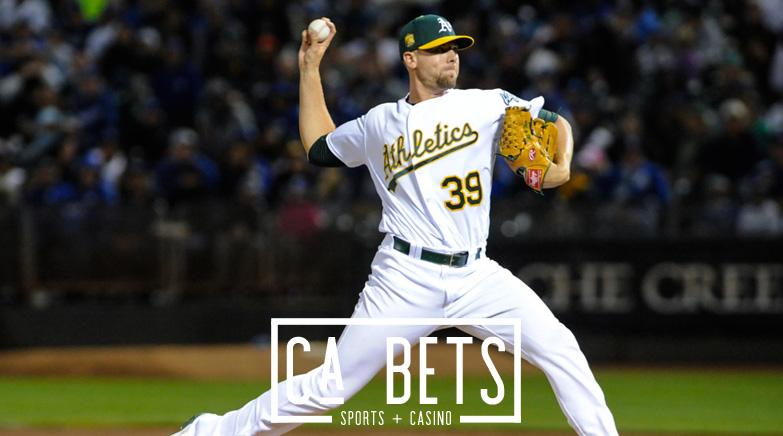 Caesars and State Legislature in Louisiana Agree to Deal

DraftKings Ready to Launch in Louisiana