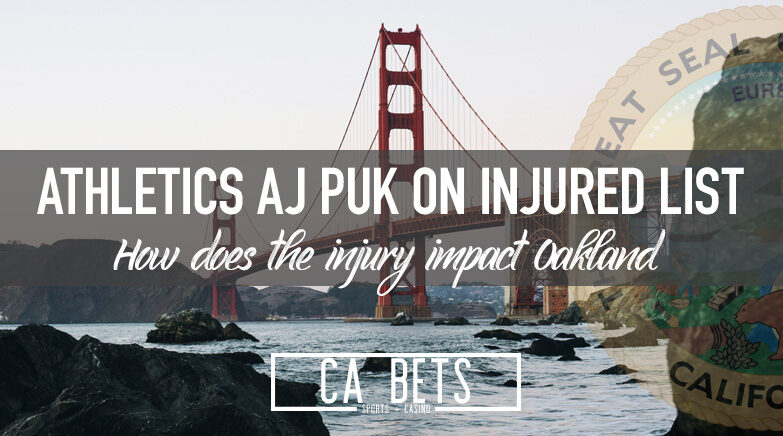 The former Athletics top prospect was going to start in the rotation this season. Now, Daniel Mengden will assume Puk’s role. In 2019, Puk pitched in 10 games where he came out of the bullpen. He had a 3.18 ERA and 13 strikeouts in 11 1/3 innings.

Puk feels like he was projected conservatively by ZiPS. He was supposed to be one of the five starters in the rotation, which would give him more than four starts on the season. There was a good chance he would have started every game for the A’s, and that chance is still strong even after he’s off the injured list.

Athletics manager Bob Melvin said there is a “level of concern” with Puk going back on the injured list. That is never a good sign, but there is a chance this is a minor setback and will see action in 2020. Puk has a strong upside as he was ranked the number one prospect in the A’s organization in 2019, and the 25th overall prospect.

Puk is developing a bit of an injury history. The number six pick in the 2016 amateur draft had Tommy John surgery in April 2018, and he suffered a shoulder injury in spring training that would have forced him to begin the year on the injured list had the season started on time. Puk was healthy throughout summer camp before this new shoulder issue.

The A’s are hopeful that Puk will able to get back on the mound in 2020 to make another playoff run.

Puk would have been a reliable number five starter in a rotation that has Frankie Montas, Sean Manaea, Mike Fiers, and Chris Bassitt. Now, they will replace Puk with Daniel Mengden. The A’s are already in a tough position with the Astros winning three straight division titles, and the Angels newly reloaded roster.

The loss of Puk will take some of their chances at winning the division at +230 in a shortened season. Billy Beane has been all about finding value, so maybe Mengden or Daniel Gossett will be able to help fill the void that Puk is leaving.

Fortunately for the Athletics, their starting rotations should be one of the most consistent in baseball despite losing Puk. Oakland has also had one of the best bullpens in baseball over the last few seasons. Even without Puk, there is a good chance the A’s can make it back to October and could have the advantage of getting him back before then.