Bears vs Rams Preview: Can the L.A. Beat Chicago at Home? 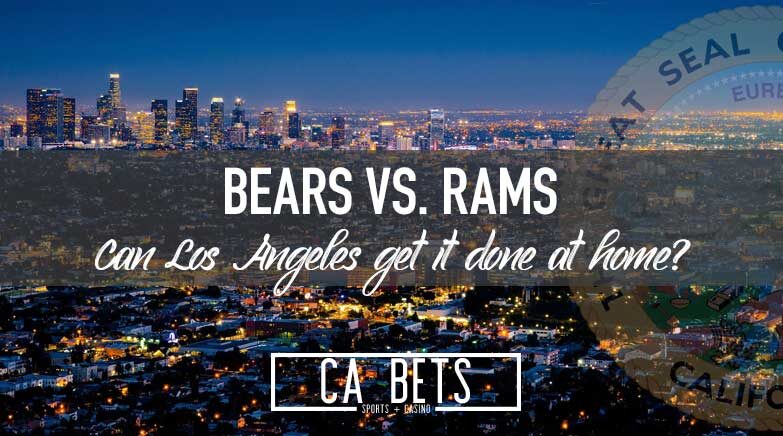 The Chicago Bears head out to Los Angeles to take on the Rams for a Monday night showdown. The Bears sit at 5-1 this season but are 6-point underdogs to the Rams, who are 4-2.

This has not been surprising as the Bears have been underdogs in five of their first six games, winning every single one as a dog. They are dogs again, but Los Angeles is a different road test compared to the Lions, Falcons, and Panthers.

After a hot 4-1 start to the season, the Rams cooled off last week against the 49ers on Sunday night. They also did not play their best football against the Giants a few weeks prior and had an underdog in Chicago that has been disrespected all season.

However, the Rams will be up for the challenge as they have also felt disrespected this season.

Both the Rams and Bears are playing defense at an elite level in 2020. Chicago currently ranks fifth in defensive DVOA, and Los Angeles ranks 13th, according to Football Outsiders. It’s going to be tough for either team to score in this matchup tonight.

Chicago gets Akiem Hicks back on the defensive line, which was banged up for a few weeks. Everyone knows how great Khalil Mack is, but Hicks stirs the drink for the Bears defense. When he’s on the field, it makes Chicago’s pass rush that much more lethal.

Hick becomes a huge player as he creates one on one opportunities for guys like Mack to make plays in the backfield. If an opponent goes on one with Hicks, he will make his own disruptions.

As for the Rams, there isn’t a player that can block Aaron Donald. He just an absolute force and should be in the Bears backfield quite a bit tonight, giving Nick Foles trouble. The Los Angeles secondary is also one of the best in the NFL, led by Jalen Ramsey.

Even if Foles can get it off, he will have to complete it into tight coverage almost every play, so Chicago will need to be on their A-game and make crisp passes.

Fortunately, the Bears can answer with a receiver like Allen Robinson, who is one of the best in the NFL despite playing with below-average quarterbacks his whole career. Robinson is graded out as the 15th best receiver in 2020 and will be looking to do damage tonight against the Rams secondary.

When looking at DVOA, the Rams (5th) do have a much better offense than the Bears (26th). However, when playing better defenses, the Los Angeles offense has been stagnant at times.

When two great defenses are going up against each, points come at a premium, which favors the underdog. The Bears and Rams will struggle to move the football tonight, keeping this game low scoring and potentially closer at the end. Six points will be a lot for the Rams to cover against the Bears, which is why it is tonight’s best bet.

Chicago should be able to do enough offensively to keep them within a score of Los Angeles, while their defense also sets them up in short field positions to score.