The Arizona Department of Gaming registered a monthly handle of $618.6 million in October. This signifies the fact that the handle total was the second highest in the Copper State’s 14-month sports betting history.

Arizona Adds to the Record Books in 2022

Unlike most states that are a part of the sports betting industry, Arizona is a bit behind when it comes to releasing its monthly handle and revenue numbers to the public. Despite the delay, the report also provides regulated U.S. sportsbooks with their second-highest handle since the repeal of PASPA 53 months ago.

In addition, the state became the 11th to reach the $6 billion handle milestone in the post-PASPA era. Even though the jurisdiction has yet to release the data for November, The strong handle for the month of October allows Arizona to move in front of Tennessee for a spot in the top 10.

Currently, Arizona has placed $4.8 billion worth of wagers in the 2022 calendar year, ranking sixth in handle for the year. When breaking down the figures even further, the handle is higher by 15 percent from last month and 27.3 percent higher than October 2021’s handle.

In October of this year, the handle was $691 million, which was the second highest this year, trailing only the $691 million in March, when wagering was first available in Arizona for the NCAA Tournament. Despite posting solid handle numbers, the gross revenue and hold rate dropped a decent amount in October. 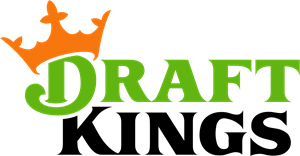 Sportsbook operators in the Copper State have the ability to use promotional credits for deductions that have proven to be useful. Regardless of the deductions, the gross revenue dropped 10.5 percent from September’s high of $55.2 million to $49.4 million.

The bookmakers in the state registered a win rate of eight percent, which is slightly higher than the national average of 7.2 percent. With that, the state was able to collect $3 million in tax receipts.

Since its launch, Arizona has received over $25 million in taxes and $21.3 million for the calendar year. With Illinois numbers finally in the books for November, there is a chance the overall national handle will surpass the $10 billion milestone in the second to last month of 2022.

FanDuel continues to catch up to DraftKings in the handling department as the sportsbook registered a 34.1 percent increase from the previous month to $194.2 million. In terms of gross revenue, the platform is the only sportsbook to eclipse the $20 million gross revenue mark. In addition, the bookmaker posted a double-digit hold rate for the fourth consecutive month.

On the other hand, DraftKings continues to hold the throne in the handling department as the platform accepted $200 million in the monthly handle sector. Despite posting a significantly lower handle than its rival, the bookmaker was the first to clear the $2 billion overall handle mark in the state.

BetMGM has also continued its hold trend by posting a double-digit hold rate for four straight months and kept $10.1 million with a monthly handle of $94 million. Caesars rounded out the top four by bringing in $57.2 million in wagers. Barstool Sportsbook was the only other mobile operator to have a handle of eight figures at $17.5 million.