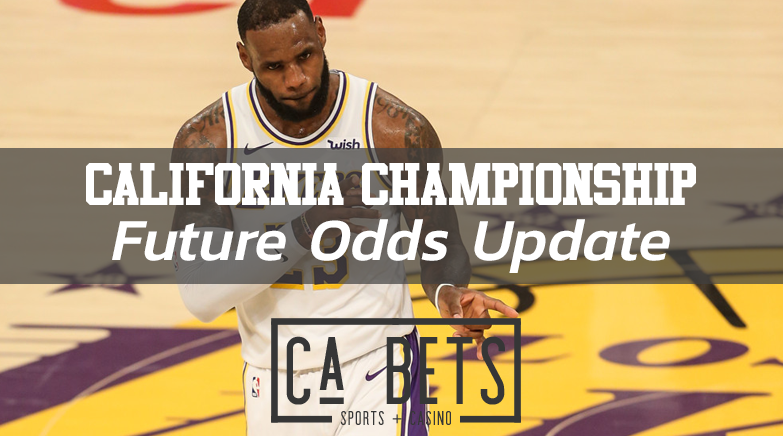 
If you are looking to bet on California sports, one way that you can basically always place a bet in-season or out is through future picks. Here, we are going to go through the updated odds for all professional California teams in the four major US sports.

When it comes to NFL Super Bowl hopes, the Rams are pretty much the last hope for California. However, it is a pretty great hope. The Rams have looked fantastic on defense, maybe even the best defense in the NFL. They currently sit with the 4th highest odds in the entire NFL to win the Super Bowl. However, I really like the +1,000 bet, and I believe that it is a great value. The Rams are my favorite to win the NFC due to the secondary. It is a passing league, and if you can stop the pass, you can win any game.

The 49ers are still technically alive, but for all intents and purposes, their playoff dreams, let alone Super Bowl dreams, are gone. However, next season it will be very interesting to see how the 49ers rank in the odds. The team has a lot of free agents but a lot of talent getting healthy in the 2021 season.

The Lakers are once again the favorite to win the whole thing due to LeBron James and Anthony Davis. However, the Clippers, who are in the midst of a tampering scandal regarding their acquirement of Kawhi Leonard, are right on the Lakers’ tail. Most people see these two teams as the favorites in the West, but their odds express that.

A sneaky bet here could be the Warriors. Despite having no Klay Thompson, the roster is actually rather deep, and there is a lot of supporting cast members for Curry. It is possible that this team can make a run and have some upsets in the playoffs.

All of the California NHL teams are in a bit of a tough spot with their rosters. All of them sit in the bottom third of the NHL in Stanley Cup odds. However, hockey is one of the most unpredictable sports, hence why these odds are not that long despite being some of the worst in the NHL. I would not be looking for value here, but the Sharks may not be the worst sports bet if you would really like to take a risk.

The Dodgers are coming off a World Series victory, and the Padres look to have built an incredible roster that will be competing with the Braves and Dodgers for best in the NL. Both of these two teams sit top 5 in terms of odds, with the Dodgers leading the entire MLB.

However, it is the Angels and Giants that I love in terms of value. Both of these teams could easily come out and shock the world for wildcard spots and make a deep World Series-winning run. The Giants, if better managed, should have made the playoffs, and no team played the World Series-winning Dodgers better than the Giants last season. These teams have great value for a WS bet at this point in time.