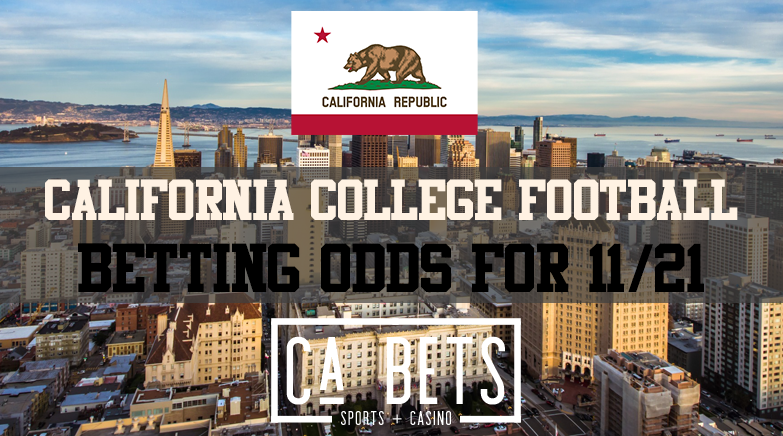 
California has been having an extremely hard time getting the season going with the regulations that the PAC-12 has been putting on the squads. Last week we saw UC Berkeley (Cal) and UCLA be given two days’ notice by the commission that the teams would be playing one another. This led to a UCLA smackdown of CAL.

Meanwhile, the Mountain West Conference seems to be going strong with fewer hiccups. There have been some fantastic games to watch and entertaining football played, in this less prestigious conference full of California squads.

I like California in this game to get their first win of the season. I am throwing away the UCLA game due to the fact that scheming and out-planning the other team is one of CAL’s greatest strengths. Justin Wilcox is a great play-caller, but it was obvious that the entire team was not prepared for the last game against UCLA.

Cal should be able to put up points on Oregon State’s defense, and I believe that it is going to come in the way of rushes and quick passes. If this game goes to Oregon State, then it is because the CAL offense let the team down.

USC and Kedon Slovis seem to have that “it” factor. I really like them to take this game over Utah, but I am not so sure about the mild 3.5 spread. USC so far, this season, has been in two very close games. While I believe that Slovis can pull out another victory, I do not know if it is going to be by more than a field goal. I think this is a rare 3.5 spread that I rather just stick to the -150 Moneyline.

Oregon has looked like one of the better teams in college football through two games. The Ducks dominated both Washington State and Stanford. Both the offense and defense have the ability to step up and win a ball game for them, and that is not something we see a whole lot of in the PAC-12 right now.

UCLA got lucky with the circumstances against CAL; otherwise, I think that game ends up being a one-score matchup that could go either way. I project a Ducks blowout, and UCLA sent home packing with nothing to show for in this game.

Stanford has had two tough matchups against the 11th ranked Ducks and Colorado, who has shown through two games that they are one of the best offenses on the west side of the Mississippi. However, I do not see fortunes changing for Stanford in this game. Stanford’s defense is just not good enough to keep Was St. in check, and I think that the Cougars’ Moneyline is a good bet in this game. It will be interesting to see when Shaw is finally put on the hot seat, especially if they lose a third straight.

Through four games, these two teams have looked great, besides the Bulldogs’ hiccup against Hawaii. In this game, it is going to be close; both teams have little in the way of weakness. Both are showing strong defenses and efficient offenses.

However, at the end of the day, I have to lean San Jose State. I think that the Spartans have a real chance of going undefeated this season, and they know that. I project them to come out fired up for this matchup and limit the Bulldogs on offense, taking this one by a touchdown score.

San Diego State has dominated every game that they have played besides the tough match against SJSU. I project that to continue against the Wolf Pack. While Nevada is undefeated on the season, three out of the four games have been closer than they should. I think that SDSU is going to expose Nevada in this game and actually put up a great performance. I love the -1.5 spread and over in this game.