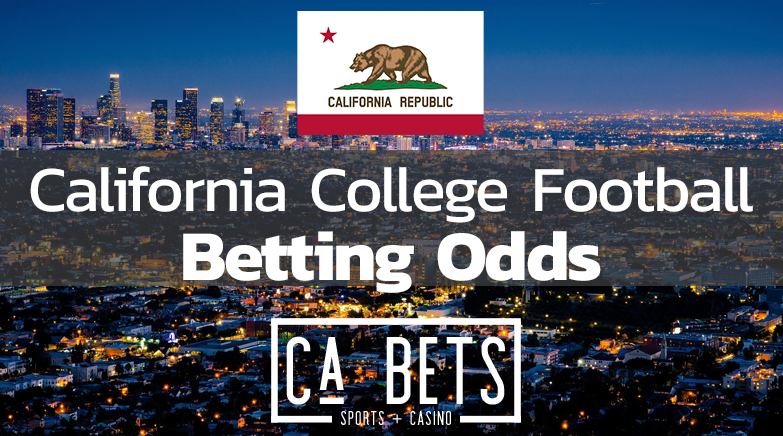 College football has started for the Pac-12 and Mountain West Conferences. With COVID delaying the start, you can finally get in on the betting action for both western FBS conferences. Here are all the lines for your California colleges that Vegas and the bookmakers across America have set for your teams.

DraftKings Sportsbook will be used for odds and prices represented.

It seems that Vegas expects a blowout in this match between USC and Arizona. Kedon Slovis played pretty well in the first game leading a crazy comeback against the Sun Devils. However, USC did not play well and should have won by more than one. If that game had gone as it should have, then the Arizona-USC spread may be in the twenties. For that reason, it could be argued that the spread is too low, and Vegas is generous with the -14.5 spread.

Cal is coming into the season as underdogs. However, I believe in Justin Wilcox as a coach. I would be surprised if he never makes a move to becoming a defensive coordinator in the NFL because his defensive schemes are that good. This should be a great matchup as long as COVID does not once again derail the game for the Golden Bears.

I am in no way a fan of David Shaw. However, despite the huge loss to Oregon, I saw a lot of positives in Stanford’s game that I think should lead to a win over this Colorado squad. The ground attack for Stanford is just too efficient for Colorado to keep up. I think that this game stays lower scoring than most believe unless Stanford hits on some big play-action passes.

Fresno State started off the year badly with a loss against Hawaii. However, after two straight convincing victories, they come in as extreme favorites against the struggling Aggies, who seemingly cannot put points on the scoreboard. This game should be easy for Fresno State; the offense will put up points, and despite defensive struggles, Utah State’s offense will not pose a massive threat.

This game should go to San Diego State by multiple touchdowns. When looking at the talent each team possesses, it is just hard to see Hawaii coming through with a competitive game. Even just looking at previous against the spread records would heavily favorite the Aztecs in this matchup.

However, there is something about the way Hawaii has played in two out of their first three games that gives me the belief that this will be a surprise competitive matchup. However, the problem is that even in a competitive game, the Aztecs still might cover due to explosive offensive plays.

San Jose State has started the year extremely strong, recently coming off of a big win against San Diego State. UNLV looks to be one of the bottom tier Moutain West teams this season, and San Jose State is vying for their position atop the western conference. This is why you see the massive spread and Moneyline in favor of San Jose State.

I think that the best bet in this matchup is the under + San Jose State in a parlay for +325. Despite the massive spread needed, UNLV will not move the ball on the Spartans’ defense. San Jose will have no need to put up 35+ points in this game and will still cover the spread handily.