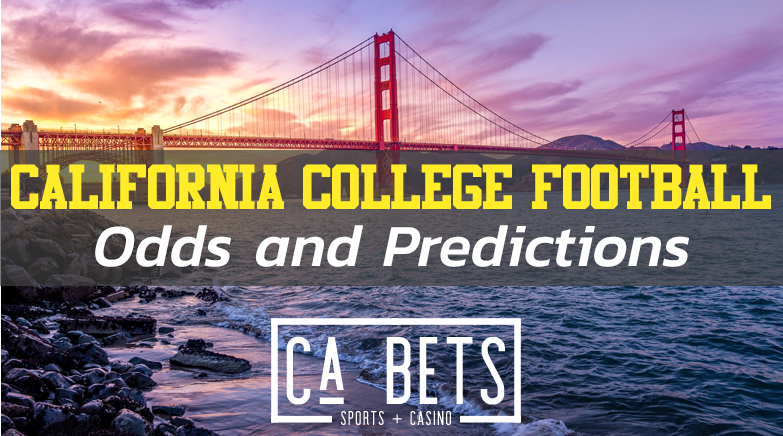 
College Football in California faces challenges like no other state. California is one of the strictest states when it comes to Covid policy, and that was displayed when Santa Clara County banned contact sports with no warning. Essentially, Santa Clara County banished the 49ers, Stanford, and San Jose State from playing and practicing at their facilities. All three of these teams, including the undefeated Spartans who are making a historic run for their school, now need to find out where they can go play.

Currently, the only California team ranked is USC at 16. The only other Pac-12/Mountain West team ranked is Oregon at 21, who dropped down just a bit after the loss to Oregon State. Another western team to note is BYU at 9-0 with Zach Wilson, sitting at 8th in the AP Poll.

Cal is coming off of a very disappointing “Big Game” loss to Stanford, where a missed extra point was the difference. Cal has struggled all season, and Oregon is playing great. However, I can see UC Berkeley making a game out of this matchup; I just do not know if I love the value at +9.5.

The Oregon State loss has crashed this spread that I predicted would have been in the high teens prior to that game. The Ducks are not a worse team after that loss; it was a slip-up. I think that Oregon -9.5 is still the better bet.

USC Should be crushing Washington State in this game. There is not a ton of analysis that can go into this game. I think that the total points are a little high because I do believe that USC controls the ball, and their defense steps up and stops the Cougars from getting much going in the matchup. This is going to be an entertaining matchup where the Trojans should dominate and smash the spread and take home the win.

Arizona State has only had the chance to play one game, and that was the close loss to USC. However, I think that this factor is being extremely underrated. When you are only able to get one game in a month, your team is going to be rusty. UCLA has shown great grit in all of its games. They had a chance to beat Oregon and should have beat Colorado. I think that I will take UCLA at +128 in this game and feel even more confident about keeping the +3.5 and going with the spread.

Stanford has been terrible this year, and Washington will dominate this game and should win by 14-20 points with zero issues. Stanford will struggle to score at all while simultaneously never slowing down the Huskies’ offense. I would not be tempted by the over because the Cardinal should not produce anything in this matchup.

The Spartans have been dominant all year, and I believe that the team continues their dominance in this game. Starkel should have a great day passing for the Spartans, and the defense will not be giving up a ton to Cehvan Cordeiro. The only worry about this game is figuring out where it will take place and how the Spartans will be able to practice due to the restrictions placed on them by Santa Clara County.

San Diego State has had some slip-ups, but this will be a great chance to get back on track. The Rams are not a good offensive team, and the Aztecs have been one of the better defenses in the Mountain West. San Diego State will keep the ball on the ground, control the clock, and take this one with ease. The 8.5 spread is a little scary, but I am taking it in this game.

Fresno State is being a little disrespected by bookmakers with this line at +6.5 and up to +8 in some sportsbooks. I understand that two straight games have been canceled, and Nevada’s record looks good. However, when you really look into those, Nevada is not performing that well against subpar competition. I think that the Bulldogs come out with a fire this game after missing two straight and take this barnburner. The key will be slowing down Carson Strong, and if the Bulldogs do that, then it will be an easy victory for the California squad.