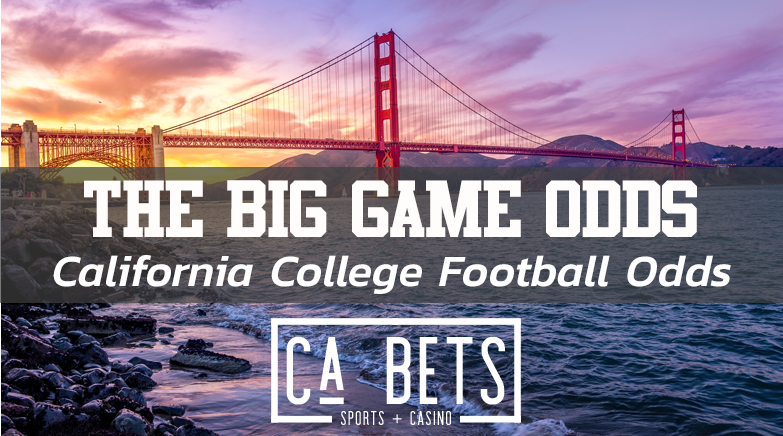 The Golden State has four games in action this weekend following Thanksgiving. The game of the week has to be the “Big Game”, as the Stanford Cardinal takes on the California Golden Bears Friday night on national television. This is going to be a great matchup and will get the weekend ready for some amazing California collegiate football.

The hope is that we are once again able to avoid suspension of matchups due to Covid, which has stolen many games away from us, especially on the West Coast, where the guidelines are much more strict for college football teams.

Last week both of Northern California’s PAC-12 squads went down. While I saw the writing on the wall for the Stanford and Colorado game due to David Shaw’s inept coaching, I was surprised to see Justin Wilcox fail to slow down Oregon State.

The line is given in favor of Cal despite Stanford seemingly having the more talented roster. This is because of coaching. Cal has better coaching and better game planning. This matchup will be tight, but I think that both the under and Cal -1.5 are good bets for value. This will be a more defensive Big Game than it seems oddsmakers are predicting it to be, and as I have said in every odds update, Shaw is not a good coach and is going to struggle to win anything this year.

Colorado is having a strong season, but USC has been playing fantastic behind Slovis. Kedon Slovis finished 24-of-35 and had a score on top of 264 passing yards in his latest game out against the Utes. However, I am a little surprised at 13.5 points, and it makes me wary in choosing the spread.

This game will be a barnburner, and in high-scoring games like this, sometimes even with massive 21 point leads, garbage time can erase that 13.5 spread needed in a heartbeat. I actually like the over 64.5 points, but if you can tease that down to 58.5 in a college football multi-legged bet, then I love it and would surely have it as one of your teaser legs.

UCLA played an incredible game out in Eugene against Oregon and has made me rethink how I look at this football team. If we see the same performances out of the Bruins, then there is no way that they do not cover. However, the Wildcats will make that hard, and as we saw in the USC-Arizona game, they have the ability to stick with teams with more talented rosters. I do not love any of these bets, but I predict that this game will be a fascinating matchup.

Boise State has been good, but not 11.5 favorites good. I think that with the long rest due to the Saturday cancelation against Fresno State, San Jose State is going to be prepared and ready to roll against the Broncos. San Jose has been good on both sides of the ball, and while Boise State’s offense has been elite, the team has performed inconsistently, barely beating out Hawaii and getting demolished by now 8th ranked BYU and Zach Wilson. I like San Jose States’ chances for the spread in this game.