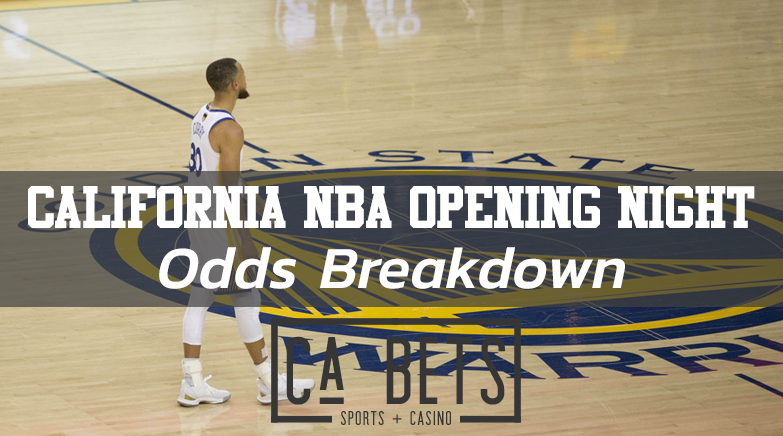 The NBA is starting back up on Tuesday, December 22nd, and three out of the four California State teams will be on the court in some intense and massive matchups. Then, the Sacramento Kings will be playing the following night on Wednesday the 23rd making their road debut against the Denver Nuggets in Colorado.

Everyone has been waiting for basketball to start up again, and Christmas was always going to be the deadline. Now that the dates are set, the Warriors will be taking on the Nets and Kevin Durant in his first game back since the achilles injury he suffered on the Warriors team during the playoffs. This will be an emotional and amazing matchup between two very solid teams.

The Lakers and Clippers is always a treat, and there could not be a more perfect game to launch the 2021-2022 NBA season. LeBron James wants to win another title and help cement himself as the greatest to ever do it. However, Kawhi Leonard and Paul George are an incredible duo that will make this game a matchup to remember.

This is going to be an extremely tough matchup for the Warriors now that Klay Thompson is out for the season with an injury. However, you also have to consider that Green and 2nd overall rookie draft pick Wiseman both were out the majority of camp and pre-season with Covid. Can the Warriors keep up defensively with Irving and Durant? That is the million-dollar question.

One thing that I do not question is Curry showing up and showing out. He has been on fire this pre-season, and I believe that he will be better than ever. Curry is going to attempt to put this team on his back and will score massive amounts of points. Whatever the over/under ends up being, I think I like the over. I also believe that the Warriors +188 is pretty good value. I think the chance that they steal a win against Jason Kidd’s Nets is much higher than what +188 odds are reflective of.

The Lakers and Clippers are both star-studded lineups who are favorites for the finals. There is no question as to why this spread is only 2 points in favor of the Lebron James-led Lakers. However, when looking at these odds, you have to give a massive edge to James, Davis, and the Lakers, in my opinion.

The Lakers are the better team, and this team shows up in big nationally televised games like this. LeBron James will be the deciding factor as to why the Lakers crush this spread and take home the victory. If this was any Tuesday night game in the middle of February, then I might see making this spread +2, but opening day is the kind of game that James is going to go all-in in.

The over/under for total points is not on the board yet, and this is a bet that could have tons of values. I see this game being rather low-scoring, but it all depends where the line is set to comment on it.