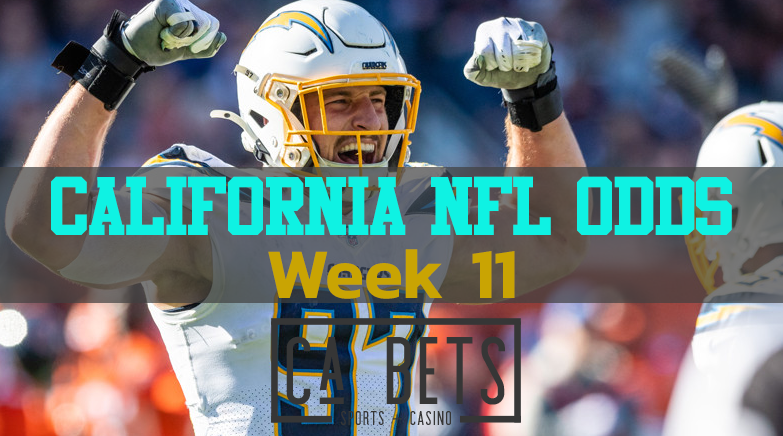 Going into Week 11, it seems that the weight of all of California’s hopes for a playoff spot lies on the Rams’ shoulders. The Rams are coming off of a very impressive win against Russell Wilson and the Seahawks. The amazing part about the victory is that it was won by the defense. Jared Goff did not play particularly well, but the defense, specifically the secondary and pass rush, was incredible.

Meanwhile, the 49ers could not handle a Jameis Winston led Saints team after a hard tackle on Brees caused him to miss the second half of the game. The 49ers had early success rushing the football, but then the Saints’ defense stepped up and completely dominated the remainder of the game.

Justin Herbert had his first rough game. The secondary for the Miami Dolphins is great, and it is hard to blame this all on Justin Herbert. The rush game did not help him, and the team is hurting to have Ekeler back. The defense also needs to get healthy and do a better job. Tua had zero issues driving down the field in this game, even without his second-best WR.

This line is not surprising and seems pretty fair. The 2020 Jets are one of the worst teams in the history of the NFL. We are witnessing one of the oddest seasons in history, as the ownership group keeps Adam Gase around knowing that he cannot win a game so that they will secure Trevor Lawerence and the first overall pick. All of this to say, the Chargers should demolish this Jets squad.

The line would be a bit higher if the Jets were not coming off of a BYE and an impressive performance against the Patriots. However, that is good for those of you betting on the Chargers as 9 points will be an easy cover. A thing to remember is that the Jets are flying across the entire country from New York to Los Angeles.

Justin Herbert will have one of his best games, which is saying something since he looks like the front runner for Rookie of the Year. The Jets cannot stop the pass, and the number of points scored by the Chargers may cover the over on the total points by itself.

Despite the Rams’ great performance, they go into Monday Night Football as underdogs against Tom Brady. This is a hard choice for bettors as it seems like every time you can trust the Rams, they let you down, and every time you choose against them, they impress.

Following the performance against Russell Wilson, there should be no reason that the Rams’ secondary cannot keep the WRs and Brady in-check in Tampa Bay. This game will come down to how Ronald Jones performs against this beatable front seven. The Rams can be beaten by the running game, and Tampa has shown, with Ronald Jones at the helm, that they can win that way.

I think that oddsmakers and fans are very interested to see how Jared Goff plays against this solid Bucs’ defense. Goff did not necessarily struggle against Seattle, but he could have done a lot more against one of the worst secondaries in the history of the National Football League.