Can a Pac-12 Team Make the College Football Playoff? 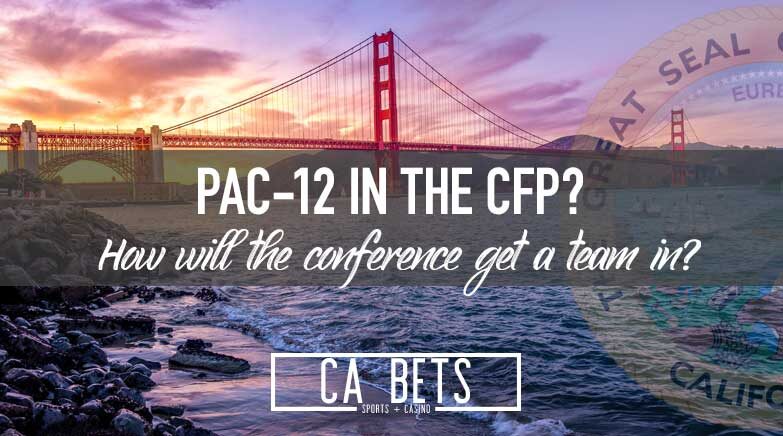 College Football is heading into Week 6 of the season. Some schools have already played four games in the first five weeks, while other conferences won’t start playing until November. The college football schedule is all over the place in 2020, with everyone ending at different times of the year. Not to mention, some conferences like the SEC and ACC will be playing 10 games this year while the Pac-12 and Big Ten will be playing eight.

Many talks will be made around the College Football Playoff later on this season. With tiny non-conference games on Power 5 schools’ schedule, it is more difficult to truly get a feel for where a team stands against other teams than conference opponents.

However, given the chaos from a conference, only a different schedule could help sneak a team that may not have made it in a normal year.

The ACC, Big 12, and SEC are the only Power 5 conference to be playing as the Big Ten is set to kick off in two weeks, and the Pac-12 will begin on November 7. Arguably, the College Football Playoff would most likely feature Clemson, Alabama, Georgia, and Florida if only the three conferences, and Notre Dame were to play a season.

The Big 12 is already shooting themselves in the foot with Oklahoma losing two games and Texas losing one. However, Oklahoma State is 3-0 and ranked 10th in the AP Top 25 standings, but 21st in Bill Connelly’s S&P+ ratings. Oklahoma is 10th in the S&P+, but no team has made the playoff with two losses.

Notre Dame is still a player but will have to play Clemson this season, making or breaking their playoff chances. Miami has been playing great, but Clemson on the schedule will be a tough task. Georgia and Florida face off against each other, which will most likely decide the fate of the losing school, while the other side will still have to make it through the gauntlet that is the SEC on top of playing Alabama in the SEC Championship Game.

So, where does that leave us with the Pac-12?

Chaos. The Pac-12 needs chaos from every other conference. Oregon is ranked 12 in the AP Top 25 and is the only Pac-12 school in the rankings. However, Oregon, USC, and Washington rank 12th, 13th, 14th in Connelly’s S&P+ while Utah is a distant 24th.

Right now, it looks unlikely, but the Pac-12 will need either Oregon, USC, or Washington to win out. Oregon and USC are most likely to win out, and the Pac-12 Championship Game could decide who gets a shot at the playoff if all goes well.

According to ESPN’s Allstate Playoff Predictor, the Pac-12 has a 34% chance to get a team into the playoff. Not too bad for a seven-game schedule and a Championship game. If Oregon or USC win out, then they will have a shot at the playoff. Most likely, Clemson, Alabama, and Ohio State will win out unless something crazy happens.

From there, the Pac-12 will need to hope that the rest of the teams lost a game or two to knock them out of the race. The Big 12 already looks to be beating themselves at a chance at the playoff. If Oklahoma State falls, then the Big 12 will most likely miss.

That leaves the door open for the Pac-12.