Can San Francisco Pull Off a Win Over Green Bay on Thursday Night? 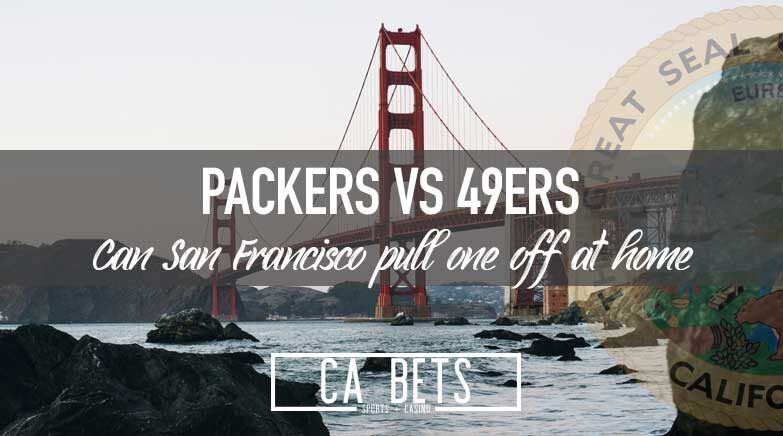 Green Bay travels to the Bay Area to take on the San Francisco 49ers for a Thursday Night showdown. As of writing, the game is still on after the 49ers had to close its practice facility due to COVID. A few players for San Fran have tested positive, but the game is still on.

Aaron Rodgers and the Packers hope to get this game in as they want to give some payback to San Francisco. Last year, the Packers were outscored 74-28 in the two games against the 49ers, with one of them having a trip to the Super Bowl on the line.

Now, they have a chance to not only bounce back after a home loss to the Vikings, but they can also get revenge on a banged-up San Francisco team.

San Francisco has a load of injuries that will hurt them on the offensive side of the ball Thursday. Jimmy Garoppolo, Tevin Coleman, George Kittle, and Deebo Samuels will be out for the game against Green Bay. Nick Mullens will take over a quarterback and has had plenty of reps this season.

However, losing Kittle for eight weeks will be the largest detriment to the Niners offense. The 49ers offense looks a lot different when Kittle is not playing regardless whose at quarterback. Coleman and Samuels being out will also hurt San Francisco and two key weapons out behind Kittle.

Mullens will do fine at quarterback, but having so many weapons out hurts. Fortunately, the Packers defense has not been great this season, so along as Mullens and Kyle Shannahan are on the same page, they could still play halfway decent offense.

With the Packers, they will want to pull off this win on the road. There is still a lot of variables to consider before backing Green Bay. Aaron Rodgers has historically not played great on the west coast. San Francisco still has one of the top defense in the NFL, which could hurt the Packers offense trying to move the ball.

The Packers will also want to come out firing after losing to the Vikings on Sunday and losing San Francisco twice last season. The number of question marks concerns both sides trying to come up with a weekday win.

Also, the Niners had to close its facilities down after multiple players tested positive. This hurts especially going up against a team like the Packers on a short week.

There are so many questions that need answers heading to Thursday’s matchup. There is a lot to direct from both sides on a short week. One certain thing is the tempo both offense play at. According to Football Outsiders, the Packers and 49ers are the two slowest offenses in the NFL.

With all the injuries the 49ers have and the Packers going up against a solid defense on a short week, it is hard to see both sides moving the ball effectively starting. Green Bay has a better shot at it, but traveling cross-country on a short week could have them lagging.

San Francisco losing four starters for Thursday will definitely have them moving slow starting out.