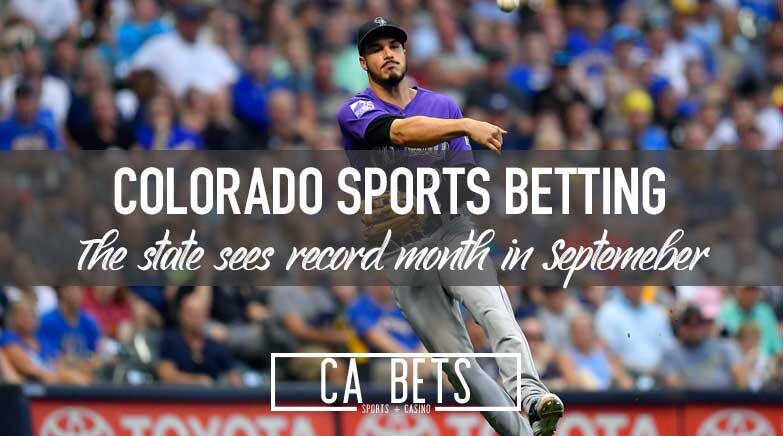 Colorado released its sports betting report this week, and the numbers did not disappoint. The Centennial State had a $207.7 million handle, the largest since the state launched sports betting in May.

Colorado had a $128.6 million betting handle in August, so there was a 61% increase from August to September. The increase continues to keep coming as the Colorado sports betting market grows and the high demand for major U.S. sports being played.

The numbers can all be thanks to online sports betting. Casinos across the Centennial State are either at limited capacity or closed entirely due to coronavirus restrictions.

Although the betting handle saw an increase, state revenue declined for September. A big reason is that sportsbooks see an influx of sign-ups in September due to football season starting. More bonuses and promotion money is being used compared to actual dollars being wagered.

Colorado By the Numbers

The betting handle was over $207 million in September, but revenue went negative for the month, only allowing the state to collect just over $69,000 in taxes.

September sees many more customers sing-up, so new bettors are normally using bonus money they received from sportsbooks instead of their own deposit money. Although September was negative, the state should see an increase in revenue next month.

Baseball was the most bet sport in Colorado for the month, which does come as a surprise with how popular football is in the fall. Baseball had a $47.1 million handle in September. Pro football came in second at $38.6 million, and basketball was a close third at $37.8 million.

Pro football and college football are in two separate sports categories in Colorado. Even when combining the two, they still do not pass baseball’s handle.

Table tennis continues to get love in the Centennial State. In September, table tennis saw over $5 million in wagers in the sports, making it the most popular non-major sport in the state. The betting handle ranked fifth behind baseball, football, basketball, and hockey.

Can Colorado Continute this Growing Trend?

It will be difficult as the calendar starts to shift, but Colorado should see revenue growth in October. Hitting another record handle will be tough next month. The state benefited from all four major sports being played at once.

Moving onto October, the state will only see football and baseball as the main betting driver. However, there were five NBA Finals games in October, giving the state a slight boost.

Regardless, there could be a slight dip in the betting handle, but that shouldn’t concern the state. Revenue will definitely increase after it hit negative last month.

What also helps is that Colorado sports betting has only been around for five months, which means the market is still young, and it will naturally continue to increase over time. Although the betting handle might shrink from September to October, they should continue to see sustainable growth over the next few years.

More college football is returning with the Big Ten and Mountain West getting back into action in October. The Pac 12 does not start until November 7, but that will be something to watch to see how the state reacts to Pac 12 football returning in November.