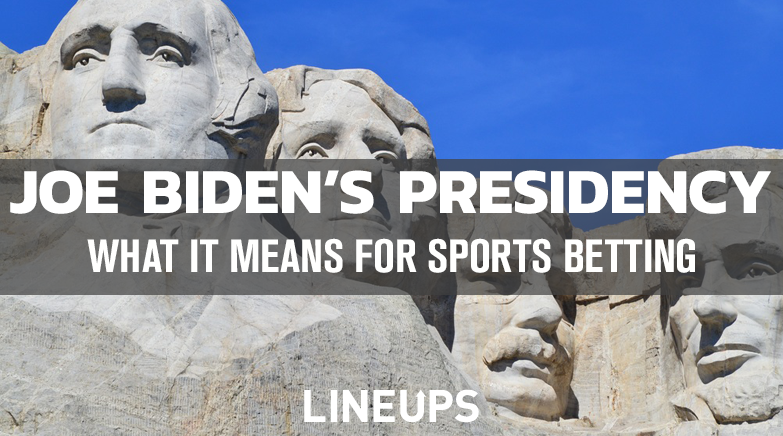 Joe Biden has given a little bit of a mixed message when it comes to sports betting. His track record and quotes seem to point in the direction of less regulation. In quotes provided by MarketWatch, a New York-based news organization owned by the Wall Street Journal, he claims that he does not want to provide unnecessary regulations on the gaming sector. This is in contrast to Trump, who Biden believes wanted to add extra regulatory red-tape to said industry.

However, at the same time, Marketwatch reported that Biden also believes the Federal Government does have a role in providing safe and stress-free gaming for the populous. Signaling standardized federal guidelines on gambling, specifically, sports betting.

Trying to make sense of both of these quotes working together, it seems that Biden does not want to add tons of regulations to sports betting. However, what he does want to do is standardize the current rule set since every state has its own regulations. In doing so, it would create a more digestible and more straightforward set of regulations for the sportsbooks and leagues under federal law. These regulations would most likely be rather lax with a focus on protecting bettors and athletes, and nothing more strict than what we have seen from states thus far.

What Does This Mean for California Sports Betting?

What standardized regulation would do is make it much easier for whatever regulatory body is tasked to come up with the rules for sports betting in the state. While it will still undoubtedly take time to decide on many very important factors, the time from bill passing to launch should be at least cut in half. This is due to so many essential regulations already set in place by the Federal Government in this situation.

Many states have taken one to two years to get sports betting launched after legalizing. In such a large state like California, that could be hundreds of millions of tax dollars wasted. The faster that sports betting goes live, the better for the residents of the Golden State.

California sports betting very well may be treated as the second gold rush in this country. The potential handle and revenue in the Golden State are literally off the charts. Not only one of the richest states, but the GDP of California is in the top 10 of the world. You take that money and also consider the dozens of professional and collegiate sports teams that California has, and you have a recipe for profit. Sportsbooks and the state alike are going to be able to make ridiculous amounts of cash, and every oddsmaker will be trying to get in as soon as possible. Again, the quicker the betting goes live, the better for these companies and California alike.