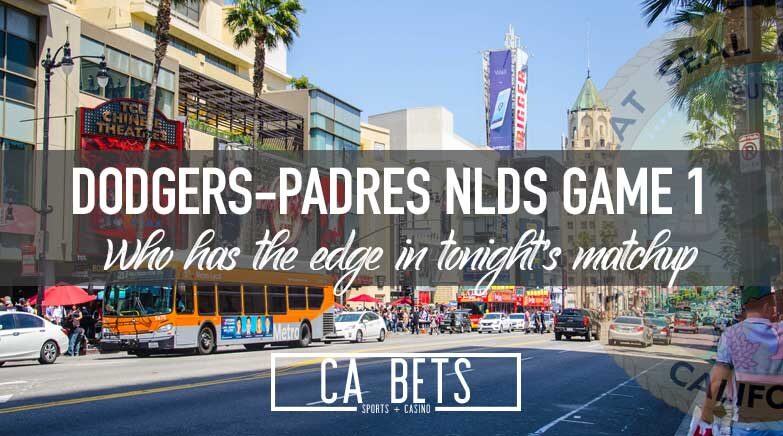 The Los Angeles Dodgers take on the San Diego Padres at Globe Life Park this evening at 6:38 PM PT. The Dodgers and Padres will be a fun NLDS matchup between two division rivals. In the regular season, the Dodgers won six out of 10 against San Diego.

Los Angeles will be starting Walker Buehler in Game 1, and San Diego will have Mike Clevinger on the bump for the matchup tonight. Buehler went four innings in a no-decision against the Brewers in the Wild Card round. Clevinger was off the Padres Wild Card roster dealing with an injury but will be on the mound ready to go for Game 1.

Having Clevinger is a huge bonus for San Diego, especially taking on Los Angeles in the NLDS. However, Los Angeles has its own pitching staff to be concerned about in the postseason.

The Dodgers go with Walker Buehler in Game 1, just like how they started the postseason off against the Brewers. In Buehler’s first postseason start, he went four innings, allowed two earned runs, and struck eight.

In his lone start against San Diego this season, he went five innings allowing three earned runs, three walks, and three strikeouts. Overall, Buehler is still the Dodger’s best pitcher, although he only made eight starts this season.

Buehler is holding opponents bats well below average as both lefties and righties are below a .300 wOBA. Righties are hitting .280 compared to .245 against lefties. The Padres have a top-five offense against righties and will most likely feature six righties in the lineup tonight against Buegler.

Clevinger will be on the mound for San Diego, as he makes his first postseason start for the Padres. He made four starts after being traded from Cleveland at the deadline. He went 2-1 with a 2.84 ERA in Southern California.

The Dodgers do have a chance to get to Clevinger in this matchup. He allows lefties to have a .322 wOBA and righties have a .290 wOBA against him in 2020. Clevinger is a good pitcher, but his 4.18 xFIP has shown he’s been a bit lucky this season.

The Dodgers will have four lefties in the lineup and start Gavin Lux at second to get a fifth. On top of that, the Dodgers are another offense that mashes against righty pitching. On top of Clevinger’s splits, this could get away from San Diego early.

This game could come down to the bullpen. The Dodgers started the season with one of the best bullpens in the season, and the Padres acquired arms to help turn them into a top-five bullpen.

Clevinger’s splits are a bit concerning, especially going up against the lethal Dodgers lineup. Clevinger has allowed six earned runs in 12 postseason innings in his career. In the one start he did have in the postseason, he allowed one earned run in five innings, encouraging Dodgers fans. However, I do think Los Angeles will be able to put up five tonight. Clevinger has been a tad lucky in 2020, and the Dodgers offense is too good to not take advantage of a pitcher coming off an injury.