Dodgers vs Padres NLDS Matchup; Who Has the Edge to Advance 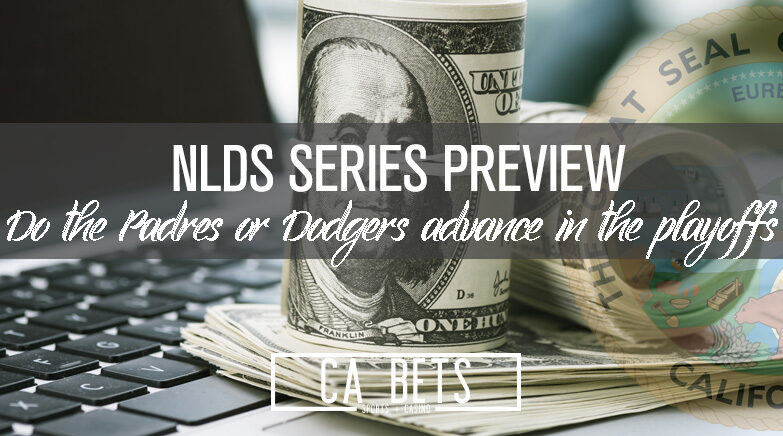 The NLDS matchup between the Los Angeles Dodgers and San Diego Padres will kick off on Tuesday in Arlington, Texas, at Globe Life Park. The rest of the 2020 playoffs will be in their bubble either in Texas or southern California to limit travel.

The Dodgers hold a 6-4 regular-season series lead over the Padres, but anything is possible in the playoffs. The NLDS will be a five-game series that will go from Tuesday to Saturday if necessary.

Los Angeles is still the favorite, and arguably the best team in the MLB with the playoffs advancing to the next round. Now, they have to go up against a division rival in San Diego who has burst onto the scene in 2020.

The Dodgers and Padres could be the most entertaining series this week. Both have superstar talent with guys like Mookie Betts and Fernando Tatis Jr. on both sides. The Dodgers are the complete team heading into this week being top-10 in offense, pitching, and defense. This Los Angeles team is a juggernaut, and the Padres will need to find some heroes this week if they want to overcome them.

There is no word whether or not San Diego will have Mike Clevinger or Dinelson Lamet back this season. Both guys were left off the Wild Card roster and could be off the NLDS roster as well.

If they can play, then that will be a huge boost to a pitching rotation that will be going up against Clayton Kershaw, Dustin May, Walker Buehler, and Tony Gonsolin. The Padres will have to match with Zach Davies, Clayton Richards, and Chris Paddack this week if Clevinger and Lamet cannot go.

However, the Padres bats might be able to keep up with the Dodgers. Both offenses are top five and can score at will. Given the Dodgers edge in pitching, San Diego will need to be creative with scoring runs by being selective with their pitchers and getting on base, however possible.

San Diego has a tough task in front of them. Even with the acquisitions they made at the deadline, there is no guarantee the Dodgers give this young team a shot. Their bullpen has improved, but the Dodgers bullpen is a different beast in 2020. However, the playoffs are different. All it takes is for one game to turn things around. Winning Game 1 would be a great first step for the Padres.

The Padres are still a long shot at knocking off the favored Dodgers, but +225 is too good of a price to pass up. Although the Dodgers have the edge in pitching, San Diego does have a talented team and should be able to hang with Los Angeles. They did win four games against them this season, and also had some close losses that should be encouraging enough to take them at the series price.

Playing five straight games could be tricky with their starting pitching, but their bats should be able to keep them in the series.