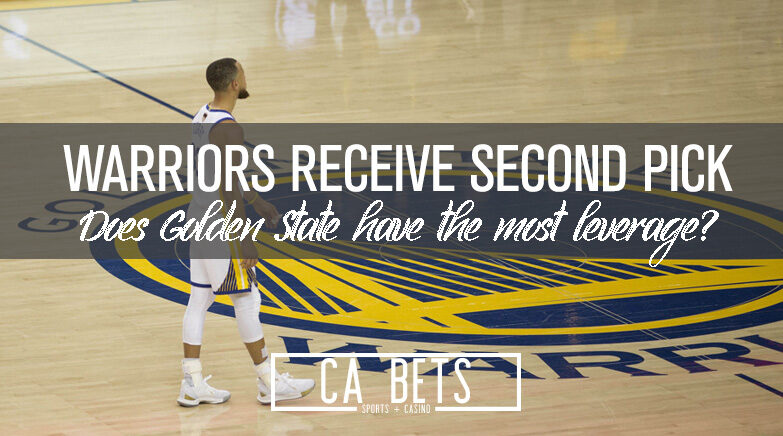 Golden State has the worst record in the NBA last season at 15-50. They had +550 odds to earn the number one pick in the draft along with the Timberwolves and Cleveland Cavilers. They will pick second in this season’s draft.

Despite not earning the number one pick, the Warriors will still have a chance the bring in a franchise-altering piece. Not to mention, they still have Steph Curry and Klay Thompson, who both missed time due to injury last season.

What to do at Two?

Despite the Warriors not winning the lottery, there is a feeling they control the board as much as anyone, even with nothing being certain around the circumstances.

As usual, the Warriors are keeping their decision close to their chest. General Manager Bob Myers is not giving away hints at what the Warriors will do with the second pick.

Scouting players is also a challenge this season with no interviews, measurements, or medical files to go off of. March Madness being canceled hurt scouts see how good players would be against the best competition in college basketball.

Players from small colleges will not be able to shine against the blue bloods with no March Madness.

Myers will have an interesting salary cap to work with this offseason and it does not help with the current circumstances of the coronavirus in the U.S.

There is a chance that Golden State will take LaMelo Ball or James Wiseman with the second overall pick. However, they could flip the pick to bring in another possible star to help this roster compete.

There is not much certainty heading into this draft with a high pick. Trying to measure prospects compared to veterans is night and day.

General manager Meyers knows the window of opportunity is closing by the Bay Area. Steph Curry is now 32 and missed some time last season after injuring his hand. The Warriors cannot count on him to be healthy all the time or be the same player he was even a few years ago.

The Warriors still plan to chase after a championship, especially with Steph Curry, Klay Thompson, and Draymond Green all under big contracts. Last season was a dud as they were suffering through injuries a majority of the season. Now, adding the second overall pick to this roster will help things moving forward.

The Warriors brought in Andrew Wiggins in February, which feels like to be a trade piece. His massive contract from Minnesota does match his ability, and could possibly be another trade piece for the team if they were to move the second overall pick.

Regardless, a lot can happen from now until the NBA draft. No one is willing to say the Warriors are in a prime drafting spot now, but a GM could trade up to two if they are in love with an NBA prospect.