How California Wildfires are Affecting the A’s, Giants Games 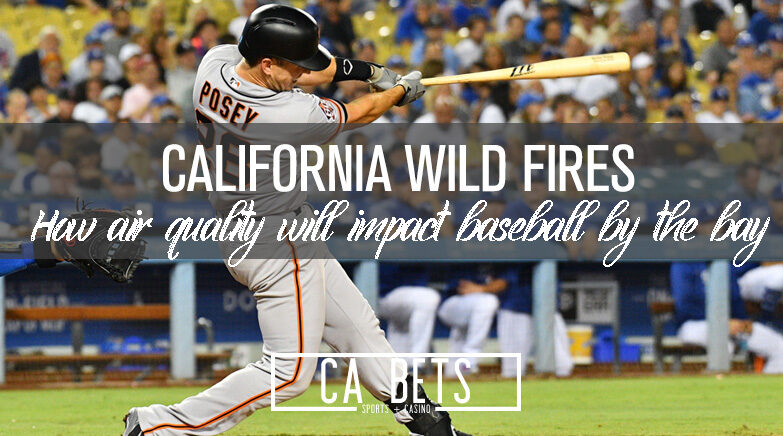 The Oakland A’s are watching how the air quality from the California wildfires could affect tonight’s game against the Arizona Diamondbacks. If the air quality is too bad, then they will have to cancel the game.

Air quality was cited as unhealthy early Wednesday by the Coliseum. As the day moved along, air quality did improve in the area before being upgraded to unhealthy for sensitive groups. Manager Bob Melvin said on a video call that he believes that they will be able to play their game.

The San Francisco Giants are also paying attention to the air quality. They have a game against the Los Angeles Angels that could be affected by the smoke.

The last time a game was postponed at the Coliseum was back in 2017. On April 16 that year, the Astros and A’s were rained out, and a game has never been postponed due to smoke.

The worst air quality in California affecting a sporting event was two years ago. The campfire caused a fire in Butter County which forced a delay in the Big Game between Stanford and Cal in Berkley.

Severity of the Wildfires

There are over 90 fires in California as of Wednesday. The state is overwhelmed by response calls and needs help from wherever they can get it. Cal Fire is bringing in over 125 fire engines and 1,000 personnel to fight the fires, according to reports.

Over 20,000 lightning strikes started these wildfires and thanks to record heat, the fires were a ticking timebomb. They are happening all over the state and do not look to slow down anytime soon.

California constantly struggles with wildfires throughout the year, but the weather this season does not play into their favor. The fires are decimating northern California, and hundreds of thousands of people in the area are affected.

The National Interagency Fire Center, which helps with federal firefighting efforts, was placed on the highest alert level. California Gov. Gavin Newsom declared a state of emergency because of the fires.

How does this affect the odds?

The A’s and Giants are both in action tonight and will be playing in the Bay Area where the wildfires are the worst. As of writing this, the air quality in San Francisco and Oakland is at a moderate level.

The moderate level is considered acceptable air quality. However, there may be a risk for some people, particularly those who are unusually sensitive to air pollution. On Wednesday, the air quality in the morning was much worse and got better as the day went on.

If the same is true for Thursday, then the air quality should improve as the Bay Area gets closer to the first pitch.

The A’s are -150 favorites against the Diamondbacks, and the Giants are -122 against the Angels, according to DraftKings. The odds might not affect due to the air quality, but the total might.

The total in the A’s and Diamondbacks game sits at 8.5 as the Angels and Giants are at 9. Last night, the Giants and Angels hit the over in their game despite having moderate air quality. The sample size for air quality affecting baseball games is too small, but monitoring the situation in California could play a part in tonight’s action.