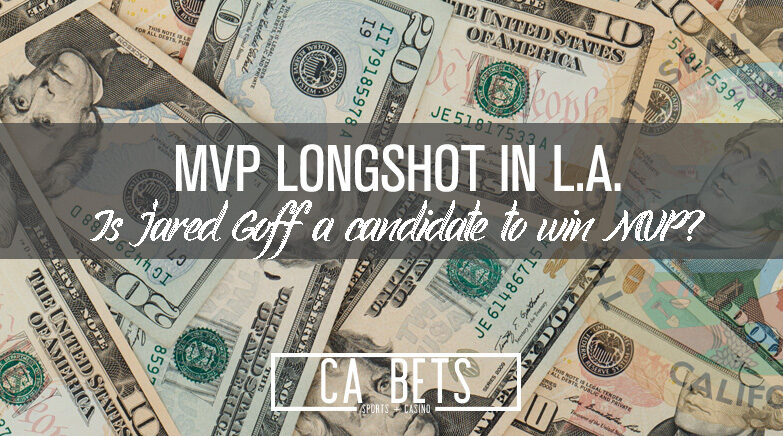 In 2018, Jared Goff led the Los Angeles Rams to their first Super Bowl since 2001. Although L.A. could not get the job done, they showed how prolific their offense could be with Goff under center and head coach Sean McVay calling the shots.

However, in 2019, things went south for the Rams. After starting the season 3-0, and looking to avenge their season before, Los Angeles went 6-7 and failed to make the playoffs.

Both sides of the football struggled for the Rams and Goff regressed as a quarterback in 2019. Trying to rebound after a Super Bowl hangover is tough, and any team on the losing end knows how difficult it is to make the playoffs the following season.

With the hangover behind the Rams and having a re-invigorated roster, this year might give them the chance to bounce back and make the playoffs. If they can do that, a big reason will because of Goff.

In 2018, the Rams averaged 32.9 points per game, good for second in the NFL. In 2019, the offense averaged 24.6 points per game. Although the Rams were still 11th in the league in points, regressing a whole touchdown is not ideal for any team.

Some could argue a lack of rushing offense was the reason the Rams offense struggled last season. Goff was much better working off the run and play-action in 2018 compared to last season.

Also, Sean McVay also made some questionable play calls through the 2019 season. The biggest thing for the Rams’ success will come with Cooper Kupp’s health. In 2018, Goff was one of the best quarterbacks in the NFL before Cupp got hurt.

Along with Cupp, Robert Woods was a big part of the offense in the last two seasons. Therese two are able to work off each other to find success in the passing game.

If Los Angeles is able to find another reliable receiver to add to the mix, then the team should hum along in 2020. Brandin Cooks was reliable in 2018 after Kupp’s injury. Tight end Tyler Higbee had 734 receiving yards in 2019 and could be a solid outlet for Goff in pressure situations.

As of writing this, Goff is +5000 to win the NFL MVP award this season, according to FanDuel. Sportsbooks are seeing a lot of action on guys like Patrick Mahomes, Lamar Jackson, Russell Wilson, and others. However, Goff might have a chance to hit as a longshot if he can replicate his 2018 numbers.

Part of the reason could be the Rams irrelevant rushing game. Rams running back Todd Gurley struggled in 2019, which could have resulted in a lack of success in the passing game.

If Goff could progress himself as a quarterback heading into 2020, then there is a chance he could be in the MVP running at the end of the year. The Los Angeles schedule is favorable as well. The team just needs to prove to the league they play closer to the 2018 team compared to the 2019 team.