Lakers and Clippers Next Playoff Series are Set 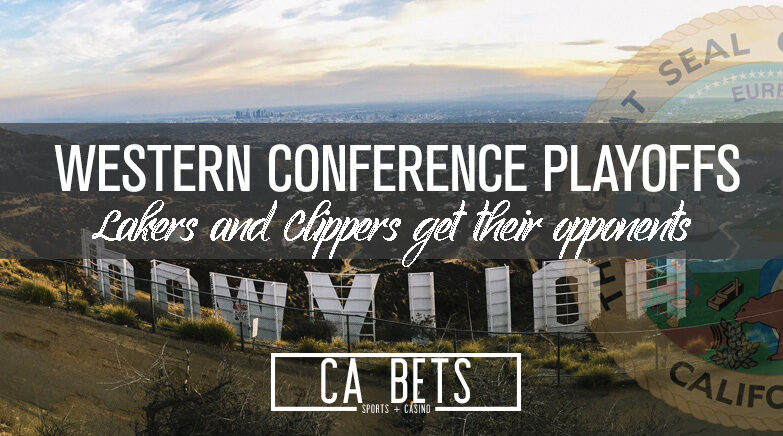 After the Houston Rockets took down the Oklahoma City Thunder on Wednesday, the NBA Western Conference semi-finals are set with both Los Angeles basketball teams in it. The Clippers will take on the Denver Nuggets, and the Lakers will have the Rockets.

Both L.A. teams are also favored to advance to the Western Conference finals by a larger margin. The Clippers will play Game 1 on Thursday at 6:00 PM local time, and the Lakers start their matchup on Friday at the same time.

With both Los Angeles teams favored, this could give us a sneak peek as to how the two teams will fair in the Western Conference Finals, pending if both make it. Right now, it looks like there is a good chance of that.

The Los Angeles Clippers and Denver Nuggets will be the first matchup to go to the Western Conference. The Clippers are -1400 to win the series over Denver and a nine-point favorite in their Game 1 matchup.

Not to mention, Denver has struggled defensively thus far and has the worst efficiency ratings among the remaining playoff teams.

Rebounding and the assist/turnover ratio are similar and should not play a factor. The Nuggets are just going to have to find a way to slow down the Clippers offensively. If they can’t, then this will be a short series.

The Lakers will take on the Rockets on Friday for their Game 1 matchup in the Western Conference Semi-finals. The line posted for Game 1 sits at Lakers -6.5, and have a -650 series price to move onto the next round.

The Lakers’ regular-season and playoff numbers are night and day. When the NBA returned in Orlando, the purple and gold had the second-worst net rating (offensive efficiency minus defensive efficiency) among teams in the bubble.

There is no doubt Houston has their hands full in this series with Los Angeles. One thing that could help the Rockets will be their defense. Houston had a top-10 defense in the Orlando restart, along with having the best defense in the playoffs with a 101.7 efficiency rating.

Houston will have to find a way to limit James and Anthony Davis this round to have a chance. James Harden and Russell Westbrook should keep the Rockets in the series, but there is no telling with James dictating a majority of these games.