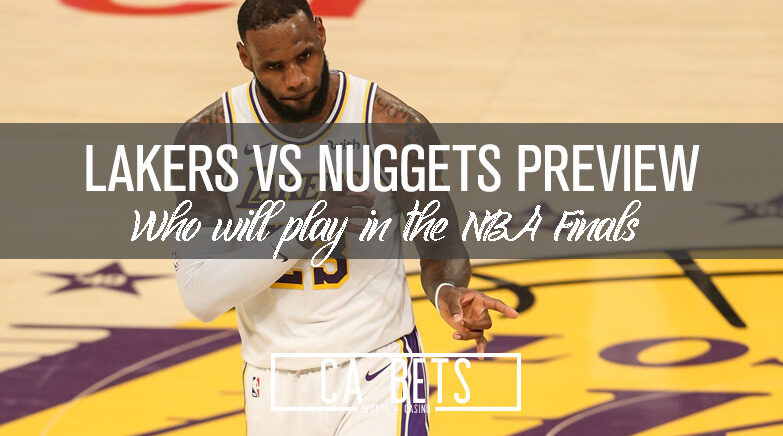 A big surprise in the Western Conference Finals matchup in 2020. After everyone put the Lakers and Clippers in the conference finals, the Denver Nuggets said not so fast. On Tuesday, the Nuggets beat the Clippers 104-89 in Game 7 of the series.

Denver came back down 3-1 and also was losing by double digits in the final three games of the series. The comeback is incredible, but now they are stuck with the task of playing the Lakers to get a chance at a spot in the NBA Finals.

The Lakers made their way to the conference finals after knocking off the Rockets in five games. LA will have a rest advantage after having a week off, while the Nuggets will only have a few days to turn it around.

The Los Angeles Lakers will take on the Denver Nuggets in the Western Conference Finals starting on Friday. The Lakers are run through Lebron James and Anthony Davis, who has been the best duo in the NBA bubble since return.

There is another duo that is starting to form, and that’s Jamal Murray and Nikola Jokic for Denver. Jokic has been incredible as a big being able to dominate down low while also being able to handle the ball off the dribble and create passing lanes to find his teammates.

Lebron James has been handling the point guard role, which has been great for the Lakers. With being the best basketball player on the court, he can facilitate the ball better as teams are keying on him every play. With this, he can find scoring outlets from Davis, Kyle Kuzma, and others.

The Nuggets were down double-digits in their three wins in their 3-1 comeback, but we must remember there are reasons why they were down so big in the first place. Their defense has not been great and has been some of the worst play among teams in the bubble.

If they cannot step up and play 48 minutes of solid defense, they will run up and down all over the Denver.

This series should still be fun to bet, and there will be sports to take both sides and the total at some point in the series. Let’s take a look at the prices for Lakers/Nuggets.

Lakers -600
As stated above, the Lakers are an all-around better team than the Nuggets. Denver’s run has been fun to watch coming back down 3-1 twice to win a series, but the train stops here. Lebron James and Anthony Davis are too good of a combo even though Jokic and Murray have played great.

Of course, -600 is steep, but the Lakers should be priced closer to -1000. Los Angeles has figured it out in the bubble and should be moving on to the NBA Finals after this series is over.

Lakers -7
I like the Lakers here a lot in this spot. Although they have lost both opening-round games in the playoffs, they should reverse this trend in Game 1 on Friday. They have had a week off to rest, and the Nuggets are also coming off a Game 7 win, and have played in 14 playoff games so far.

Fatigue could play a factor in this first game, allowing the Lakers to run away with Game 1.