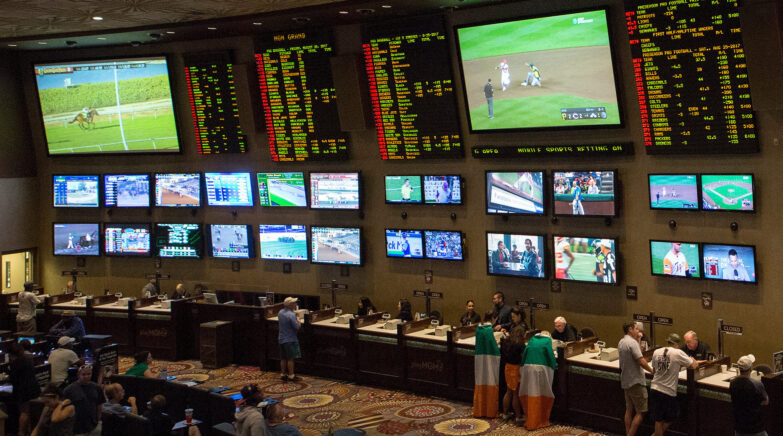 With Texas in the sports betting mix for 2023, Oklahoma will take the same course of action for the second consecutive year. Just like most bills, there are slight amendments as the Sooner State heads into its legislative session.

Sports Betting Will Once Be a Top Priority in Oklahoma

Rep. Ken Luttrell will be leading the charge once again, as there are a few changes to take note of. The goal of the initiative is to legalize retail and mobile sports betting in the state. The session will begin on February 6th, as some other jurisdictions will start next week.

The proposed sports betting bill in Oklahoma would allow the Indian gaming tribes to amend their agreements that were made decades ago with the state. The idea is to include sports betting, as it has become a lucrative business for other jurisdictions throughout the country.

For the bill to be effective, at least four tribes must make these changes to their compacts to make the business work. This is the only way sports gambling can be offered at their gaming facilities in Oklahoma.

Mobile sports betting will also be the biggest change in the bill. Overseeing the actions that have been taken this past year, states that incorporated online sports betting have accumulated much higher monthly handles, and generated more revenue. The sports betting bill also includes provisions for the tribes to pay exclusivity fees to the state.

What Are the Other Segments Listed on the Bill?

Oklahoma is one of the few states that is working with the tribes throughout the process, as we have seen California take the opposite approach. Luttrell suggested a 10 percent tax rate on all net revenue, but the number could be lowered as the session is a month away.

Either way, this will be one of the lowest rates in the country. Unlike other bills around the country, Oklahoma will be taking a slightly different approach, as percentages will play a huge role in the system.

Why Wasn’t Sports Betting Legalized in 2020?

If everything was done right, sports betting would have been legalized in 2020, but the sides couldn’t iron out their differences. Gov. Kevin Stitt wanted to approve the two compacts that were renegotiated to allow sports betting and Esports wagering.

This would have permitted the two tribes to take all the bets, except for in-state collegiate sports; essentially, a monopoly on the market.

Former Attorney General Mike Hunter disagreed with the potential ruling as he argued that new forms of gambling that weren’t approved under the state’s Tribal Gaming Act cannot be added to the compact.

Eventually, Stitt faced legal action from the leaders of the state Senate and House, who sued him over his attempts to approve the revised compacts. Additionally, the Oklahoma Supreme Court ultimately ruled against Stitt in July of that year.