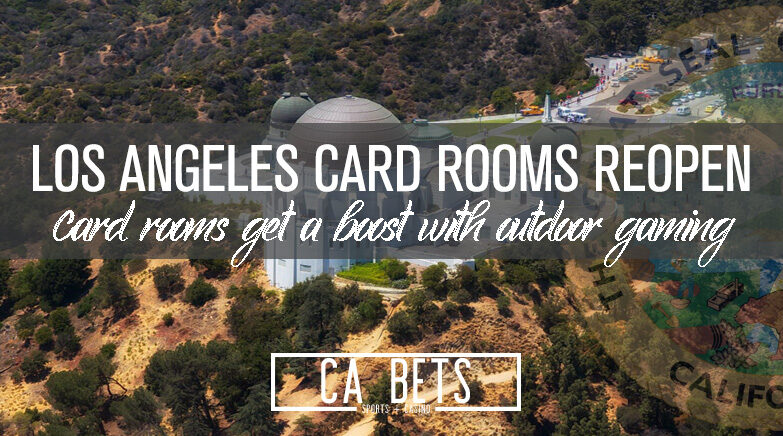 The California gaming industry has been a roller coaster since the start of COVID-19. Originally, card rooms and casinos shut down at the start of the outbreak. Then, casinos reopened, and California Gov. Gavin Newsome kept cardrooms closed under his executive order.

This upset cardrooms as they demanded to reopen since it was not fair that casinos remained open during the pandemic. Card rooms reopened and then closed in Southern California due to a second wave.

Finally, card rooms in Los Angeles County have reopened for outdoor gaming this week. Health precautions will be a must, but this is huge news for the card rooms in the area. They have closed, opened, closed again, and now reopened.

October 5 was the official relaunch date with limited capacity. Although the conditions are not ideal, card rooms are glad to be back in service.

Gaming in California has always been a huge revenue source for the state. City officials in Los Angeles thought it was best to utilize an important revenue source by allowing cardrooms in the area to reopen outdoors.

The county’s Board of Supervisors and Department of Public Health allowed six card rooms to reopen on Monday as long as the facilities follow social distancing protocols. Patrons must wear a mask and separate everyone who is not six feet apart from each other.

This also helps the card rooms rehire employees who have been furloughed due to the pandemic. Estimates believe that they will be able to rehire 60% of the workforce for the outdoor reopening.

Without the casinos, our lifeline, we are looking at more actions at the beginning of the year,” said city manager Edgar Cisneros. “We are optimistic we will be able to recoup those revenues but also put people back to work.”

Outdoor gaming at limited capacity is still not ideal, especially when comparing what rival casinos can do. However, the outdoor gaming facilities being created can get things going for card rooms and bring in revenue to the cities and counties.

What is Different About Outdoor Card Rooms?
Los Angeles card rooms did the best they could to make the gaming experience as normal as possible. They built larges outdoor facilities to bring in as many people as possible.

However, employees and customers must wear masks and follow social distancing protocols when at the facility. Everyone must have their temperature taken as well before entering.

In-between each patron is a plexiglass wall that separates everyone from one another, and there is a limited number of people at each table compare to normal circumstances.

Card rooms can still have a few hundred people come to play at the casino, even with a limited capacity. Some card rooms have close to 50 table games set up to bring in as many people as possible.

This also allows 60% of the employees who work the tables games to comeback as well. A lot of people in the gaming industry were laid off or furloughed due to the outbreak. Now, there is some return to normalcy with the reopenings in Los Angeles.