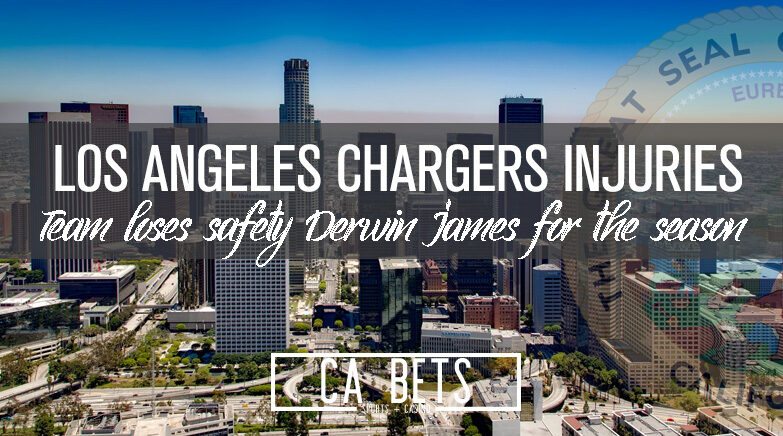 On Monday, Los Angeles Chargers star safety Derwin James limped off the practice field. Reports came out that it was a right knee injury that caused this, and it would require surgery. James will be sidelined for six to eight months, missing the entirety of the 2020 NFL season.

This is not the first major injury James has suffered leading up to an NFL season. In 2019, he injured his foot, causing him to miss the first 11 games of the season. Now, a knee injury will keep him off the field until 2021.

This is a significant blow to the Chargers and James. In 2018, in his rookie season, he became a Pro Bowler and All-pro, recording 105 tackles and three interceptions. A player who was expected to have a huge role in 2020 will have to wait.

Derwin James’ burst onto the scene in 2018. He was the 17th overall pick that year out Florida State. His rookie season, he graded out at 88.3 of PFF.com, which was one of the best grades at safety that season. As a safety, he was top-10 in solo tackles, targets, and receptions allowed, AS A ROOKIE!

Although he missed 11 games in 2019, his impact was felt in the final month of the NFL season. James graded out as an 82.3 on PFF.com, second-best in the NFL, ignoring minimum snaps.

Now, the Chargers need to pivot on what they will do without the ball-hawking, James. Chargers head coach Anthony Lynn is happy with the depth they have in the secondary despite losing James, but the numbers would say otherwise.

As of writing this, Rayshawn Jenkins and Nassir Adderley are the projected starting safeties for week one, and the numbers are not great. Jenkins grades out at 63.1, and Adderley is 42.6 on PFF.com.

The two graded out as an average of 52.9, which is roughly 30 points less than what James graded as in 2019. The Chargers secondary is not the greatest, and losing James hurts even more. They will need two unproven safeties to step up in this season, and there is no telling if there will be an improvement from the 2019 numbers.

As of writing this, the Chargers are +4500 to win the Super Bowl and have a win total of 7.5, according to DraftKings Sportsbook.

The loss of James is going to have an impact on their odds, especially the division that has Patrick Mahomes in it. Los Angeles was 21st in pass defense efficiency, according to FootballOutsiders.com. To compare the impact of no Derwin James in the secondary, the Chargers pass defense was 10th in the NFL when James was in the Pro Bowl and an All-Pro.

The Chargers were already going to be a longshot to win the Super Bowl this season – let alone make it there. The AFC is brutal at the top, and with uncertainty at quarterback and the loss to James, there is a chance that the Chargers struggle to hit their 7.5 win total.

The loss of James will be felt by the Chargers this season.