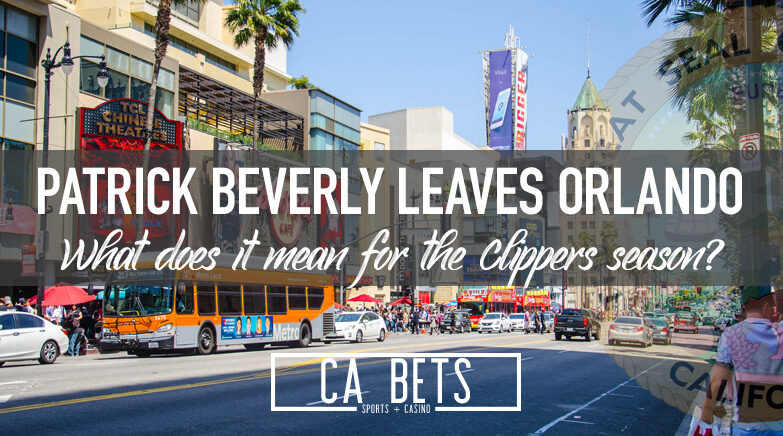 On Tuesday, Los Angeles Clippers guard Patrick Beverly left the NBA bubble due to a family emergency. Beverly still plans to return to the team this season. Beverly is the second Clippers player to leave the bubble in the last week. Sixth Man of the Year award candidate Montrezl Harrell left on Friday for similar reasons.

The Clippers are without several players currently. In addition to Harrell and Beverley, Ivica Zubac and Landry Shamet have not yet joined the team. Shamet previously tested positive for the coronavirus. The combination of Zubac and Harrell not being with the team could result in Joakim Noah having a more significant role.

The Clippers are now missing four key players heading into the restart of the season. Right now, Los Angeles will be without Beverly, Harrell, Zubac, and Shamet to start the season. Shamet did test positive and should return when he is cleared.

Without Zubac and Harrell in the mix, this could lead to the Clippers needing Joakim Noah in the post. Last season, Noah was averaging 7.1 points per game coming off the bench averaging 16.5 minutes per game. Noah has not played over 20 minutes since the 2016-17 season with the Knicks, where he five points and 8.8 rebounds per game.

Noah has not played a single minute hearing into the NBA season in Orlando this season. The NBA bubble will be the first taste of action the 35-year-old Noah will see. Without some of the Clippers’ key role players, that puts added pressure on their depth as the playoffs roll around.

Kawhi Leonard and Paul George should help fill the void until some of the absent players return. However, if some do not come back, then it will be interesting to see how the season plays out for the Clippers.

Can the Clippers Still Compete?

However, things get interesting for the team if guys are not able to return. Right now, Beverly said he plans on returning to the team at some point this season. There is still no word on the other three players. Last week, Noah did hint that Zubac could be returning soon, but there has been no word on when he will be back.

Depth could become an issue for the Clippers with key players out. They still have Leonard and George to lean on, but they cannot play all 48 minutes every game. The biggest opponent in their way will be the Lakers, and they are having a similar problem with depth.

If both teams face each other in the playoffs, then it could be interesting how the lack of depth will affect both sides. Overall, if Beverly and Harrell can return, then the Clippers should be fine.

Harrell is in the running for Sixth man of the Year, and Beverly is arguably the Clippers’ best defender behind Leonard. Both players are needed for a playoff run so that a timely return will be key for the Clippers.