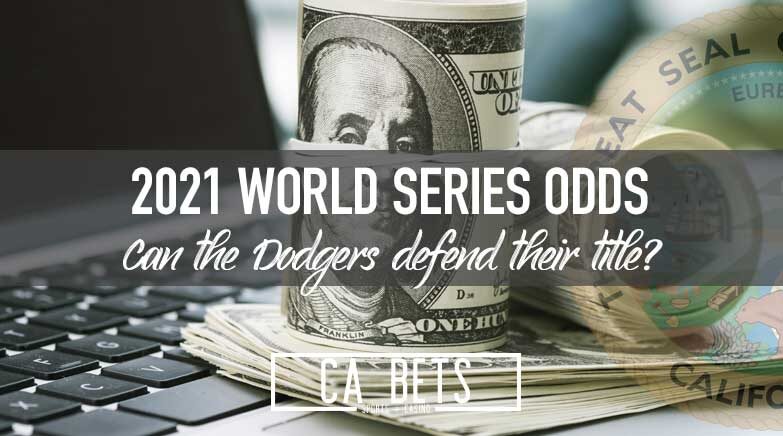 Last night, the Los Angeles Dodgers won their first World Series in 32 years. Coming into 2020, they were the favorite at +350 to take home the crown in the 60-game sprint, and now they are favored again to win the 2021 World Series.

We are still too far away to see if there is true value on the 2021 Los Angeles Dodgers World Series odds, but the roster is talented and will most likely be in the playoffs next season.

They do have a solid gap between them and the New York Yankees, who are +700 to win it all in 2021, followed by the San Diego Padres at +750. The Minnesota Twins and Tampa Bay Rays round out the top five at +1000. It’s never too early to start breaking down the 2021 baseball season, and there are going to be significant changes in the odds as the offseason begins.

Can the Dodgers Repeat?

A majority of the World Series roster remains intact for Los Angeles next season. Guys like Mookie Betts, Clayton Kershaw, and Kenley Janson will be ready to defend their title. David Price will also return for the 2021 season after opting-out. However, a few key names will be up for a contract that could affect Los Angeles in 2021.

Justin Turner, Joc Pederson, and some relievers will be free agents this offseason as Los Angeles decides who stays and goes. Cody Bellinger, Cory Seager, and Julio Urias will hit arbitration as the two sides will fight out how much the players’ contracts will be worth.

Also, draft picks like Walker Buehler, Dustin May, and Will Smith could all look for contract extensions. There is at least one more year before Buehler hits arbitration while May and Smith have two.

Overall, winning a championship affects a ball club. Players on the team become more in demand, which means higher contracts and individual agendas on whether or not a player is willing to stay for less and win a championship, or become more financially stable heading to another ballclub.

Overall, the Dodgers roster will most likely remain intact in 2021. However, a few moves made this offseason that affect the ballclub in ways they did not see coming. The offseason will be huge for Los Angeles to re-tool and make sure this roster is ready to defend its championship.

Is There Value Elsewhere?

The new kids on the block in 2020 made baseball fans look to southern California thanks to the Padres fun season. Fernando Tatis Jr. became an MVP candidate with a young core of talent surround him. Although +750 doesn’t feel like a lot of value, on top of competing in the Dodgers division, San Diego will most likely be neck and neck with Los Angeles in 2021.

Another ballclub with a lot of young and fun talent to watch. The White Sox (+1100) made the playoffs for the first since 2008, and they will be looking to get back next season. Jose Abreu became an MVP candidate thanks to the talent surrounding him, and that talent didn’t disappoint. Another starter in the rotation could change the dynamic of this team next season.

Cleveland continues to churn out pitching talent that makes it hard for anyone else to compete with. However, the bats continue to lag behind the arms, which costs Cleveland the last few seasons. The Indians need to add some power to their lineup next season, but the pitching has proven to be one of the best baseball staff. If they get the offense going, then +1700 is going to be off the board quickly.