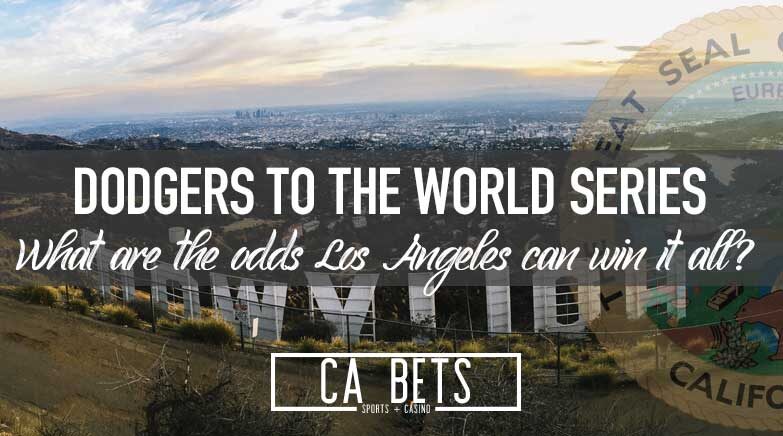 The Los Angeles Dodgers are heading to the World Series to take on the Tampa Bay Rays. After being down 3-1 to the Atlanta Braves in the NLCS, the Dodgers roared back to beat them 4-3 in the series. The Dodgers also won Game 7 4-3 and came down from an early 2-0 lead.

The Tampa Bay Rays also were forced to a Game 7 in their series against the Astros. After going up 3-0, Houston came all the way back to tie it at three games apiece. The Rays were fortunate to take Game 7 and hold off what would have been one of the best comebacks in MLB playoff history.

Now the stage is set to crown a champion in baseball. In a shortened 60-game sprint, the two number one seeds in both leagues are squaring off among one another. Game 1 will be Tuesday at Globe Life Park in Arlington, Texas. The first pitch is set for 5:09 PM PT.

Los Angeles and Tampa Bay are heading the neutral site World Series matchup starting on Tuesday. The Dodgers are the favorite heading into the series, but the numbers show a different story as the Rays talent is not far behind. When breaking down both teams starting pitching rotation, both are about even.

The Dodgers starting pitching staff combined for a 3.29 ERA and 4.09 xFIP while the Rays finished at 3.77 ERA and 3.71 xFIP. Despite the Dodgers’ lower ERA, they were a bit luckier as their true talent level when looking at xFIP was above 4.

The bullpen is a different story. Hardcore baseball fans know how lethal the Rays bullpen has been this season. However, the Dodgers are just as good, if not better than Tampa Bay’s. The Dodgers bullpen ERA was 2.74 ERA, and 3.88 xFIP and the Rays were 3.37 ERA and 4.16 xFIP. Los Angeles will have the edge in the bullpen pen this week if any starter gets in trouble.

One big discrepancy will be with the offenses in the World Series. The Dodgers arguably the best starting nine in baseball, and the lineup shows as they have a 122 wRC+ and .350 wOBA. The Rays are further down the list with a 109 wRC+ and .309 wOBA. The only place the Rays have a chance to even it wth the Dodgers if they face a lefty. The Rays are a much better offense when lefties are on the mound compared to the right side.

Both defenses have been great as well in 2020. Tampa Bay had 24 defensive runs saved this year, but the Dodgers edged them out with 29. However, Tampa Bay’s defense was on full display in the ALCS vs. the Astros making incredible plays in the field along with defensive shifts working in their favor.

The Dodgers are the better team in this series, but the Rays sitting at +160 has value. Tampa Bay has the starting pitching to hang with Los Angeles and should be able to limit the lethal bats of the Dodgers. However, the Rays hitting will be the thing that makes or breaks this team. Strong pitching and defense win championships, and Tampa Bay has that. If their bats look alive, then watch out. This number should be priced closer to Tampa Bay +145, so there is value on the dog.