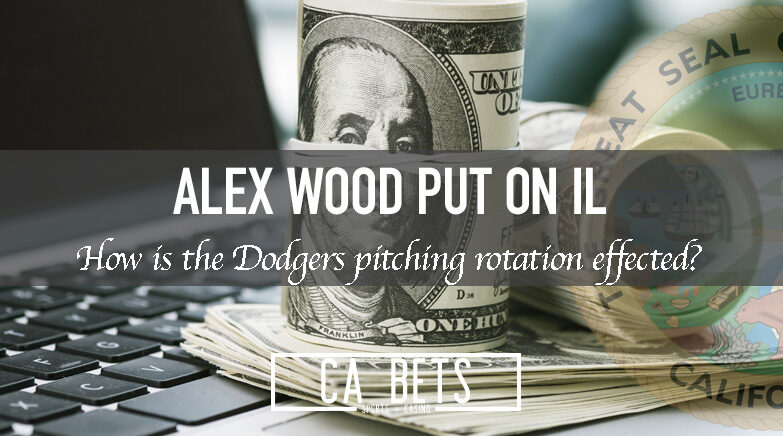 On Tuesday, the Los Angeles Dodgers put starting pitcher Alex Wood on the injured list. The move comes after he had inflammation in his throwing shoulder. Wood is the fourth Dodgers pitcher to be put on the I.L. this season.

The move hurts the Dodgers as they had to put Clayton Kershaw on I.L. last week before his opening day start. Kershaw was put on the I.L. for back stiffness. Jimmy Nelson was ruled out for the year after having back surgery, and David Price opted out of the 2020 season and is unavailable.

Dennis Santana and Tony Gonsolin stand out as the lead internal options to replace Wood in the rotation, which is now down to Walker Buehler, Julio Urias, Ross Stripling and Dustin May. Wood, who rejoined the Dodgers with a one-year, $4 million contract this offseason, gave up three runs and allowed six baserunners in three innings against the San Francisco Giants on Saturday.

Right now, the Dodgers see their rotation dwindling in depth. Before the season they arguably had one of the best ones in baseball with Clayton Kershaw, Walker Buehler, Julio Urias, David Price, and Alex Wood.

Now, they are down to Buehler and Urias along with Ross Stripling and Dustin May. The fifth starter has yet to be named but could become a bullpen day for Los Angeles. The Dodgers must look to hang on until they can get Kershaw or Wood back from the I.L. According to reports, Kershaw is moving along quickly and could rejoin the team later this week.

Kershaw is a much-needed piece in a depleted rotation. In a 60-game sprint, the Dodgers need all hands on deck to make a postseason run. Yes, they arguably have the best lineup in baseball, but pitching is everything come October. If they can get Kershaw and Wood back before, then this team should be fine.

Can the Dodgers Still Compete?
In short, yes, they can still compete. However, this could affect how the rest of their season plays out. Right now, they are 2-2, and although it is still early in the season, a lack of depth in the pitching rotation could hurt them in the early months.

Teams cannot wait around in a 60 game season, and every game counts. As of writing this, the Dodgers are +400 to win the World Series and -500 to win the N.L. West, according to FanDuel Sportsbook. If the rotation continues to get hurt, then there could more value on other teams.

The value comes down to the health of the team. Bettors should understand the lineup will be fine unless Mookie Betts or Cody Bellinger goes down with an injury. However, if guys like Kershaw and Wood cannot rely upon this season, then that changes the Dodgers odds on how the season will play out.

Wood has been suffering through injuries the last few seasons, but if he can stay healthy, then he will be a solid back of the rotation pitcher. Wood had his best season in 2017 and needs to put up similar numbers for a Dodgers playoff run.