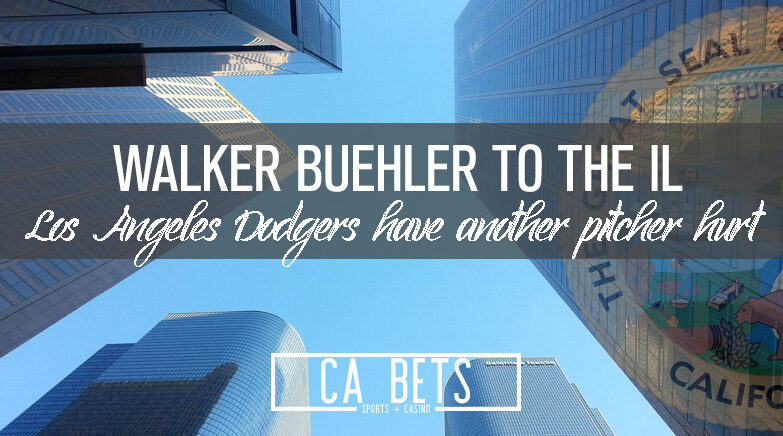 Wil the Los Angeles Dodgers catch a break with its pitching staff. Walker Buehler is added to the list of Dodgers pitchers that have gone to the IL.

Buehler will join the company of Clayton Kershaw, Alex Wood, Joe Kelly, and others who have all spent time on the IL in the 2020 sprint. What is impressive about the injuries the Dodgers keep dealing with is they are still one of the best teams in baseball.

Despite losing multiple pitchers at different parts of this season, Los Angeles has 22-9 record, best in the MLB. Apparently, injuries are not affecting this team as some would assume.

Buehler’s K/9 is still above 10 on the season but has not had the same control as the last few seasons. Buehler has a 3.24 BB/9 compared to his career 2.31 BB/9, almost an extra walk per game.

Maybe the blister being reported as the reason Buehler is going on the IL was part of the reason for his struggles. His velocity in his fastball has not dipped this season, which shows it could be a mental thing in 2020.

He is also averaging five innings pitched per start this season and has allowed two runs or less in three matchups. Buehler has not been getting destroyed in his starts but does not have his best stuff in 2020.

Fortunately, for the Dodgers, they have one of the best bullpens in baseball. Even if Buehler is having an off night, the team knows they can bring someone in the clean up the mess. This also helps the Dodgers when they bring up pitchers from its player pool.

Even when they bring up a pitcher who is not accustomed to the MLB, they know the bullpen will be able to back them up.

As of writing this, the Dodgers are +380 to win the World Series, according to FanDuel Sportsbook. They have the best odds among the MLB. The Dodgers still feel like they have value on the number given their record and the injuries they continue to have.

A big part of this is their offense. Los Angeles ranks third in wOBA and wRC+ for the 2020 season, just behind the Yankees and White Sox.

They are still plus money to win the National League. Right now, there does not feel like a team that would be able to hang with Los Angeles in a seven-game series. A team like the Padres has bullpen issues, along with the Cubs. The Braves starting pitching has been inconsistent as well.

Los Angeles will be a victim of their downfalls if they cannot even make it to the World Series.

Even with Buehler now going to the IL, the Dodgers will be fine over the next week and a half. Los Angeles will take on Texas, Arizona, and Colorado, which are all manageable opponents without Buehler.