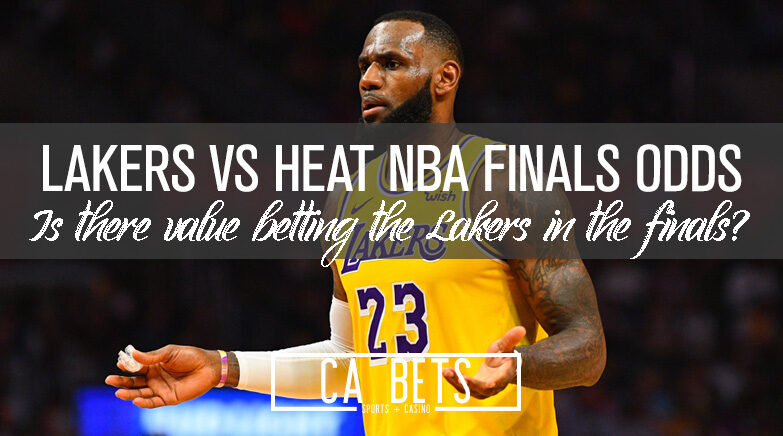 Over the weekend, the NBA Finals matchup was set. The Los Angeles Lakers will be taking on the Miami Heat starting Wednesday to claim the Larry O’Brien Trophy. Miami and Los Angeles should be a fun matchup as the storylines will be interesting to see how they unfold. The Lakers are playing for Kober, Lebron is playing in the Finals against his former coach, Jimmy Butler’s first finals appearance, Tyler Herro becoming a hero for the Hear.

This series should be fun as we should get at least six games of very good basketball. Miami is a scrappy team that will do everything they can the get under the Lakers’ skin. They also have shooters and rim protectors, so the matchup should be relatively even throughout the series. Let’s breakdown the matchup.

The NBA Finals in Orlando should be a fun one to watch. The Los Angeles Lakers took care of the Denver Nuggets in five games, as the Miami Heat finished off the Boston Celtics in six. Both the Lakers and Heat rank in the top five of offensive efficiency, according to NBA.com. The Lakers have been a better defending team only by slightly, however.

One thing that has been the Heat’s strength is how they share the ball. In the playoffs, Miami assist percentage is 65.9, and their assist to turnover ratio is 1.86, good for second among playoff teams.

The Lakers do have the edge in rebounding thanks Lebron James, Anthony Davis, and Javale McGee down low. However, Miami does answer with Bam Adebayo, who has been freakishly athletic in the post.

Length could be the Heat’s biggest issue against the Lakers as Miami has been successful with small ball compared to the Lakers running James and Davis combo’s all playoffs. Regardless, Miami can score at will with shooters like Tyler Herro, Goran Dragic, and Duncan Robinson.

If Miami can consistently hit their shots, then they will be able to hang around with LA. Also, Jimmy Butler is the heart and soul of the Heat roster. They will go as far as he takes them, and he is not fearless at all.

Butler has been looking to play for a championship for years, and now he has an opportunity to do so with the Miami Heat as he is the leader. There is no telling if Miami can pull it off, but they will make this series fun.

I make the spread +3.5 for Game 1. The Miami Heat do not go away as Jimmy Butler and company leads them. The Lakers have been taking care of every opponent they have faced in the playoffs, but they should find the Heat a different challenge this series.

Even if the Lakers get off to an early lead, Miami will find a way to claw back in Game 1, especially trying to set the tone. This team will not be scared going up against Lebron James and company. Take the Heat with the points, as this series should go at least six games.