MLB Moves Playoffs to Southern Cal; How Does this Affect the Odds? 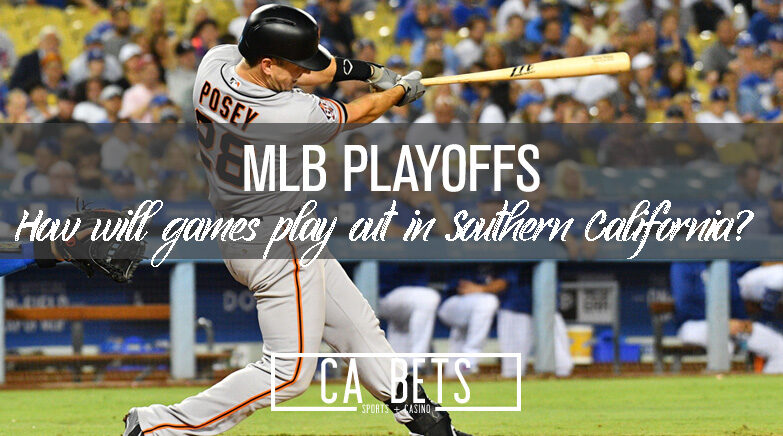 After the first round of the playoffs, teams will travel to hub cities to play the remainder of the playoffs in Texas or Southern California. The winners of the first round will play in either San Diego or Dallas in the League Championship Series, and the World Series will be played in the Texas Rangers new ballpark.

With games being played in Southern California, how will the new playoff format affect potential playoff teams?

The first round of the playoffs will feature a three-game series in three consecutive nights. The higher seeded team will have home-field advantage for the mini-matchup. What will be unique about this is that teams with a strong two pitcher duo will have an edge in the first round.

Having a pitcher that can get outs will help compared to some playoff teams that may not have reliable guys. A seven or eight-seeded team could surprise one of the top teams if the lower seed has two good pitchers to keep them in the ballgame.

Outside of no fans, this series will stay relatively familiar to the playoff format. However, this sort of play-in series as it is only three games. The League Divison Series will be five games, and the League Championship and World Series will be seven games like normal.

First-round could have the biggest impact, however, as there is little room for error. If a teams ace gets them down 1-0 in the series, then an upset could happen round one.

The ALDS and ALCS will be played at Dodger Stadium and Petco Park this offseason. Teams will be at a neutral site and an NL ballpark, making handicapping the playoffs different.

Both the Dodgers and Padres stadiums are not hitters ballparks. Dodger Stadium ranks in the bottom five of park factors, according to Fangraphs. San Diego is more hitter-friendly, but not by much with a Park Factor of 97.

This will play a role in how teams hit and who has the better pitching. The Chicago White Sox and New York Yankees have been two of the best offenses in the American League. Both live off the long ball, which could hurt them in October, given these stadiums do not help them like they do in their home ballparks.

Playing at Dodger Stadium at night has always been difficult to hit, given how the wind blows in the Los Angeles area. Post-season games are normally held at night, so it will be something to focus on when we get closer to playoff baseball.