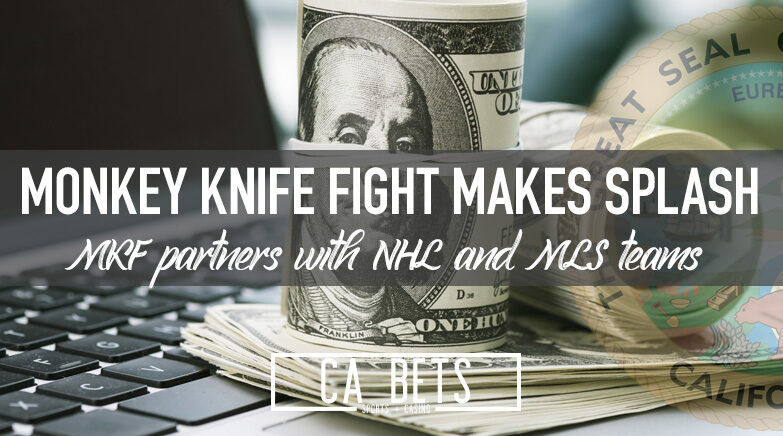 The deal will also include a fantasy sports partnership with the AHL’s (American Hockey League) Ontario Reign. The deal will expose MKF’s brand awareness across the teams’ digital platforms.

The deal helps Monkey Knife Fight enter the California market, which is still a few years away from legalizing sports betting. The partnerships will grow their brand awareness, so they will be able to capitalize when the Golden State allows sports betting.

Monkey Knife Fight continues to get a foothold in the Califonia market. They could be setting themselves up for when California legalizes sports betting. The daily fantasy sports operator is building up a market share and could expand into sports betting once the time is right.

Building partnerships with Southern California teams is a great way to start their exposure.

After failed legislation attempts to legalize sports betting in California, the state will have to try again in 2022. However, this is not to say companies are not looking at figuring out how to enter the California market early.

Monkey Knife Fight is setting themselves up for long-term success out west. With four daily fantasy partnerships with professional California teams, MKF will hope that they will be able to pivot in sports betting when the time is right.

Companies like FanDuel and DraftKings were able to do the same thing when sports betting became legal in 2018. Now, Monkey Knife Fight will look to replicate that same success.

California is going to a competitive market to get into as it is one of the most populated states in the country. The state also sees billions of dollars wagered on gambling each year, and the sports betting alone could see $30 billion once the market matures.

Monkey Knife Fight is setting themselves up to be one of the first sports betting operators in the state once California finally passes legislation. MKF also has millions of users playing daily fantasy sports on their platform, so the legislation will help them pivot once it gets to that point.

2022 is still two years away, so it is hard to tell right now how this will play out for MKF. Experts do not see California being strict with their sports betting laws, so if all goes well on the legislation front, then Monkey Knife Fight will be in prime position to take advantage of the market.