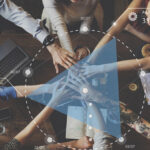 Lawmakers in Nebraska have been working on legalizing sports betting for a month, but the final decision will be left up to Governor Pete Ricketts. A sports betting bill has passed both chambers of the legislature and now will move to the desk of Ricketts for signature.

If Ricketts decides to approve the sports betting legislation, retail betting would be allowed in the state. Online betting was included in the initial proposal, but that form of betting was removed last week.

LB 561 is the bill that now sits on the governor’s desk, and it has overwhelming support from lawmakers. The final vote was 44-3-2, and a companion bill also passed easily through the legislature.

The Nebraska Gaming Commission would be in charge of regulating and overseeing the new industry, and that group could get to work quickly if this bill is passed. The ultimate goal is to have sports betting up and running by the start of the 2021 NFL season, but there are several steps that need to be taken.

Sports betting is not a new topic in the state of Nebraska, but it is one that has gained plenty of support in recent months.

There is the potential that sports betting could hit a big roadblock soon as Governor Ricketts is likely to veto this bill. Ricketts has expressed his opposition to expanded gaming options in the past, especially when it comes to betting on sports.

Voters in Nebraska actually approved sports betting on a referendum in November, and that gave lawmakers the support they needed to get a bill passed. Even if Ricketts does decide to veto the bill, lawmakers could still override his decision with a veto.

There does appear to be enough support from lawmakers to veto any decision from the governor, and that might persuade Ricketts to sign off on the bill before it gets to that point.

College Sports Off the Table

If sports betting is ultimately made legal in the state of Nebraska, residents will not be able to place bets on the Cornhuskers or other teams in the state. This was a new rule that was added to the bill last week, and it helped gain support from other lawmakers.

This has been a big debate in other states with legal sports betting, and colleges continue to fight back against this form of wagering.

If Nebraska continues to delay the legalization of sports betting, the state will continue to lose money to neighboring states. This part of the country did not have many sports betting options months ago, but that has started to change.

Iowa is a border to state to Nebraska, and the Hawkeye State has a growing sports betting industry. Residents of Nebraska are able to enter Iowa and place bets online or through a mobile device.

South Dakota is another state that now has sports betting, but that must be done online. Kansas and Missouri have both explored legalizing the industry but were unable to do so in 2021.