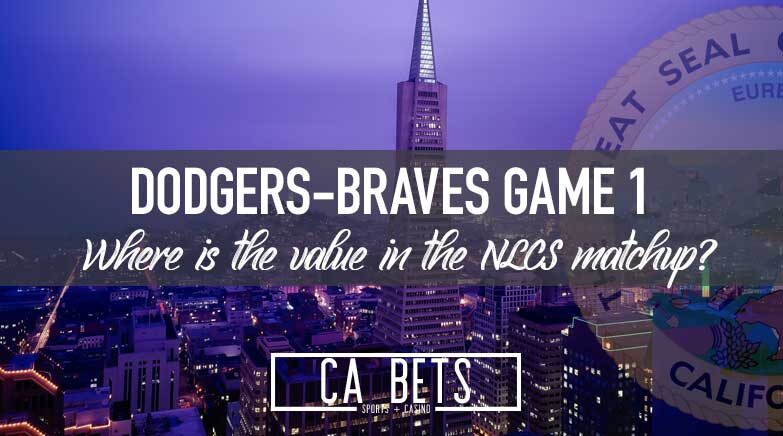 The Los Angeles Dodgers will take on the Atlanta Braves in the National League Championship Series starting Tuesday. They will play the series in Texas and Globe Life Park, which does play a factor in playing at Dodger Stadium.

The Dodgers took down the Padres in three games in the NLDS, while the Braves beat the Marlins in three games. Pitching will be the biggest factor heading into the series, as Los Angeles has an edge in starting pitching and bullpen.

The baseball world knows how good the Dodgers lineup is, but the Braves have star-power of their own with potential NL MVP Freddie Freeman hitting second in the Atlanta lineup. The Braves could make the series interesting if their bats get hot.

Arguably, one of the best pitching matchups we will see in this series is going to be between Max Fried and Walker Buehler. When comparing xFIP’s in the playoffs, Fried currently sits at 3.05 while Buehler has a 2.16 xFIP. This is going to be huge when facing two offenses that are top-10 in the league.

However, Fried might have a slight edge over Buehler in tonight’s matchup. In the playoffs, Buehler’s BB/9 sits at 6.75, which is not good for a postseason. He allowed two walks against the Brewers in the Wild Card round and four walks against the Padres in the NLCS and could get out of the issue. Fried has yet to allow a walk in the playoffs.

This could be a bump to the Braves offense, number one in wRC+ and wOBA vs. righties. If they want to take Game 1, then they will have to capitalize on Buehler’s inaccuracy the Padres and Brewers were unable to do. As for the Dodgers, this lineup mashes. Los Angeles has one of the best lineups in baseball. However, they are not as good against lefties. Yes, the Dodgers are still top-10, but they are not as lethal when a lefty is on the mound.

Overall, Fried looks like he’s getting better while Buehler gets lucky in his first two starts. Yes, the xFIP is still close to two, but walking four batters in a playoff game is not a recipe for success. The Dodgers have one of the best bullpens in baseball, but they need Buehler to go at least five innings of unscathed baseball.

Look for the Braves to capitalize on mistakes.

Despite loaded offenses on both sides, I expect the pitchers to shine in Game 1. Winning the first game of a playoff series is huge, especially when you have your ace on the mound. Both bullpens are well rested going into Game 1, so if everyone is on top of their game, there should be limited runs after the starter departs.

Also, Globe Life Park has not been the most hitter-friendly in 2020. This should help both pitching staffs limit the runs in Game 1. Fried and Buehler have been lights out in the playoffs, so expect both starters to go five innings.