NLCS Game 3 Odds; Can the Dodgers Bounce Back 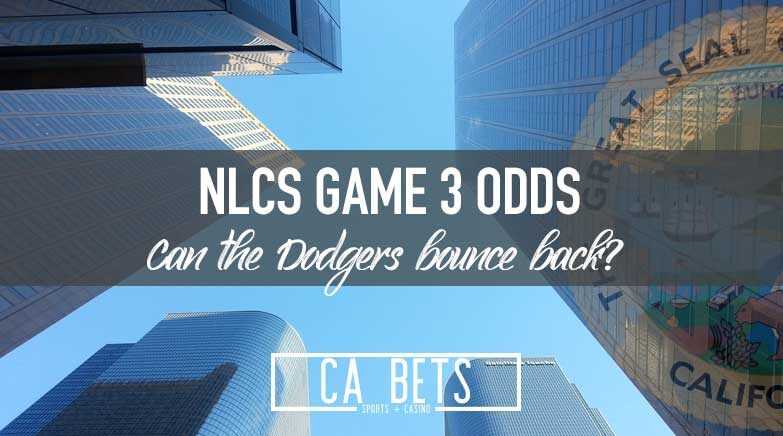 The Atlanta Braves took an early 2-0 series lead over the Los Angeles Dodgers in the NLCS. It is a bit of a surprise as the Braves took the first two games against the Dodgers as the LA was the favorite heading into the series.

However, the Dodgers do have an edge in pitching tonight as Julio Urias on the mound. Kyle Wright will be starting for the Braves, and he has struggled at times during the season and the postseason.

Los Angeles will need to win four out of the next five games if they want to make it to the World Series. That is no easy task, especially with how well the Braves have played, but a win tonight will put them in the right direction.

Julio Urias will start Game 3 for the Dodgers tonight. Urias was a bit lucky during the season as his ERA was 3.27, but a 5.06 xFIP. The luck could run out tonight, but Urias in the playoffs now sees his xFIP at 3.23 and has yet to allow a run this postseason.

The biggest edge with Urias on the mound is that he is a lefty. The Braves have been the best offense in baseball when a righty is on the mound. However, Atlanta’s offense has been average against lefties this season with a 101 wRC+ and a .324 wOBA.

This should help the Dodgers pitching tonight as they will need to limit an offense that has scored 13 runs in the first two games on the NLCS.

As for the Braves, they will start Kyle Wright for his second postseason start. Last week, he was fortunate to allow zero runs against the Marlins. Now, he has to go up against a lethal Dodgers offense that hits righties very well.

During the regular season, Wright’s ERA was 5.21, and he had a 5.33 xFIP. When looking into Wright’s splits, he allows a .393 wOBA vs. lefties and a .284 wOBA vs. righties. Those numbers are not good when facing a Dodgers offense tied for first in wRC+ and second in wOBA vs. righties.

The Braves will need a stellar game out of Wright to keep the Dodgers on their heels in Game 3. However, the numbers speak differently when Wright is on the mound. It is going to be hard for the Braves to limit the Dodgers’ bats early on.

Despite the starting pitching discrepancy, this should be a tight matchup throughout. The Braves have a plan in place if Wright gets into trouble early on where their bullpen should limit the Los Angeles bats. On the other side, Atlanta struggled against lefties, which will make it difficult to score runs similar to how they were during the playoffs.

Even after the high scoring Game 2, there should be a limited number of runs scored in Game 3. Both teams will want to tighten up pitching against two good lineups from top to bottom. The number has hovered around 10 earlier today, and I wouldn’t be surprised if that number jumps up again, and you can bet the under there.