Oregon Sports Betting Up For September 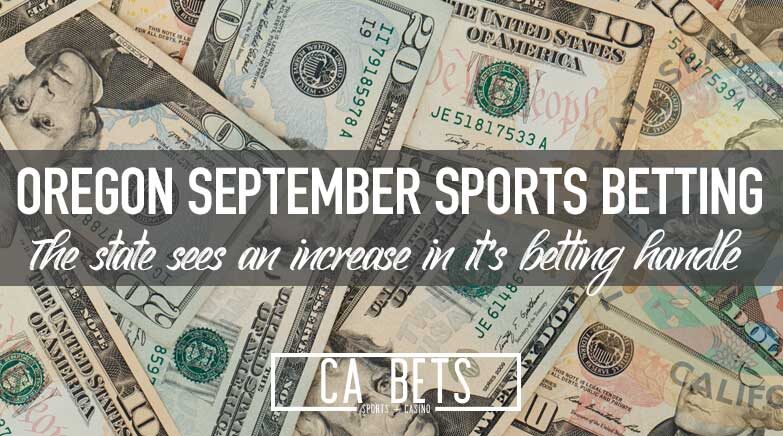 The state did see a decrease in revenue from August to September. This has been common as more people create sports betting accounts in the month thanks to the NFL returning. Sportsbooks usually give out promotions and free bets when creating an account with them, so money real money being bet is usually lower early on. However, revenue numbers should bounce back in October.

A majority of bets came in on basketball in September. Even as the Portland Trail Blazers were bounced early from the NBA Playoffs, Oregon’s people still needed to get their action in.

Oregon saw the September betting handle hit $26.2 million for the month, a 1.3% increase from $25.8 million in August. However, betting revenue was only $1.5 million in September and dropped from the $1.7 million the state brought in the month prior. An 8.1% decrease.

Basketball led the state in most bet sport seeing $8 million in bets on 223.8K tickets. Football had the largest ticket count at 266.9 tickets, but a bit less in the handle at $7.2 million. Even without Pac 12 football in September, the state did pretty well with NFL and smaller college football going on.

Baseball saw the state’s third-highest action with 115.7K tickets and a handle of $4.1 million. What is interesting with baseball is that they saw over a 5% decrease from the August handle. The MLB had a full month of regular season baseball still going on, and Oregon people were not as interested.

Oregon benefitted from all four major U.S. sports being played at once. The MLB, NBA, NFL, and NHL had a full month of action to get on, as well as college football. Multiple states across the U.S. broke record handle numbers in September, thanks to the sports schedule.

Now, states start to turn to September to see how the revenue numbers will play out next month. Although October may not have the handle that September did, Oregon should still generate a decent amount of revenue thanks to the NFL, College Football, NBA Finals, and MLB Playoffs.

Football is king in the U.S., and the MLB Playoffs have been going all month long. What will be interesting is to see how much action the NBA Finals received as the series between the Lakers and Heat finished up at the beginning of October.

Although they only played five games in the month, the betting handle should have a decent size as Oregon is a basketball-crazy state.

College football has larger conferences back in action as well, including the Big Ten, which is set to start October 23. The Pac 12 will not begin until November 7, so Oregon’s betting handle might not spike until that month.

Regardless, revenue numbers should increase with fewer free plays and bonuses being handed out, even though the handle might decrease.