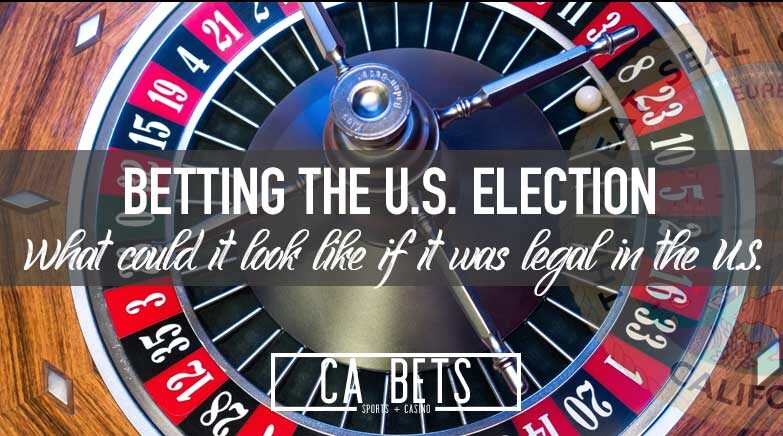 U.S. sports bettors are unable to bet on the Presidential Election. However, if you go overseas, it has become one of the heaviest bet events for some sportsbooks.

Europe sees over $560 million in bets on the 2020 Presidential Election, which has now doubled what sports betting operators saw in 2016. When adjusted for inflation, $281.9 million was bet on the 2016 election.

What has been most staggering is how election odds swung over the last 48 hours. Late Monday night, Joe Biden had implied odds of 66% to win the election. Then, as the voting began on Tuesday, Biden’s odds slowly dropped as money began to come in on Donald Trump.

By 10:00 PM ET last night, Trump’s odds to win got as high as 74.2% after seeing his odds at 33%, 24 hours before. According to oddsmakers, more money came in on Bidden and now sits at an 81.5% chance of winning. If you were watching the election odds playout, then you saw crazy swings in the past day and a half.

Why Did the Odds Swing?

Heading into election day, U.S. polls gave Biden a strong chance of winning, which was why the election odds were where they were at. However, once the votes started coming in, and Trump won key states like Florida, Texas, and Ohio, bettors, began to see Trump as the favorite to win election night, which was when the odds shifted again.

However, around 10:00 PM ET last night, states like Wisconsin, Michigan, and Pennsylvania all reported that it would take another few days for all of the mail-in ballots to be counted. Studies have shown that Democrats normally use mail-in ballots, and with how tight the election was, bettors then saw Biden as the favorite to win.

Biden is now up to -370 to win the Presidential Election. There is no telling how many mail-in votes by either candidate, but it is interesting to see how the betting market plays out.

What If Americans Could Bet On Election Outcomes?

ViSN senior linemaker Jimmy Vaccaro has been on record saying that if Americans could bet on election results, it would be the heaviest bet event of all-time. Bigger than the Super Bowl, bigger than March Madness.

Oversees, BetFair broke a record seeing over $360 million in bets on the U.S. election. Darren Rovell reported that if it were legal to bet elections in the U.S., the market would be at least $3 billion.

The amount of money coming in on this election alone is staggering, but it is also one of the most intense elections the U.S. has had in some time. If oddsmakers were allowed to put up election odds for 2024, there would be millions being poured in for the next four years.

However, the issue becomes tampering, and people potentially throwing elections to win big in a bet. People could also get inside information as well, which would screw sportsbooks.

There will probably never be a chance for Americans to bet online elections unless they go offshore. If they did, then the numbers would be staggering, to say the least, and would most likely be the most bet event in the U.S. by a longshot.