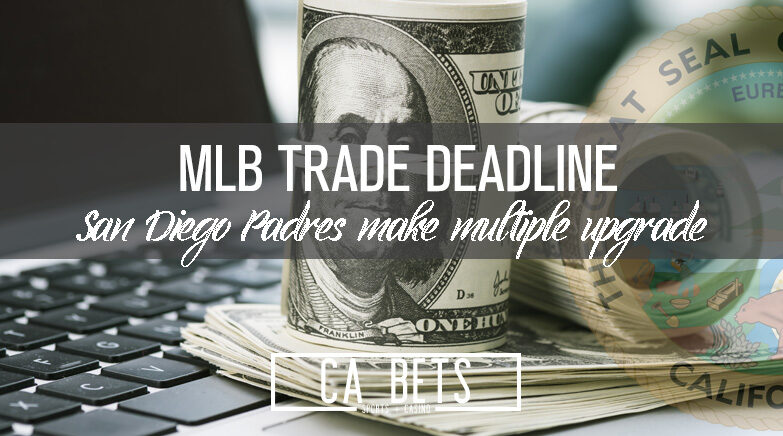 The San Diego Padres have been ferocious as the August 31 trade deadline comes up on the MLB. The Padres are 21-15 and doing everything in its power to build a championship-winning team for 2020.

The moves started last week as San Diego brought in veteran reliever Trevor Rosenthal from the Royals as Kansas City received outfielder Edward Olivares and a player to be named later. The Friars did not stop there as they then got the Boston Red Sox on the phone and acquired the first baseman Mitch Moreland for outfielder Jeisson Rosario and third baseman, Hudson Potts.

Normally, a team will make maybe one or two moves at the deadline, but San Diego did not stop there. They then traded for Los Angeles Angels catcher Jason Castro for minor league reliever Gerardo Reyes.

Three players already!? Ok, San Diego has to be done now, right? Well, guess what bucko, they then drop another bomb on baseball as they picked up Seattle Mariners catcher Austin Nola in a SEVEN PLAYER DEAL! The Padres also picked up relievers Austin Adams and Dan Altavilla. The Mariners will get Diego’s top prospects, outfielder Taylor Trammell along with infielder Ty France, catcher Luis Torrens and right-handed reliever Andres Munoz.

Ok, please, make it stop, I’m begging you. San Diego went along and showed no mercy on the league by then acquiring Cleveland Indians pitcher Mike Clevinger. Cal Quantrill and Gabriel Arias are two names that are going back to Clevland along with more players to be named.

My word, there is a lot to unpack here, so let’s get into it. The best part is the trade deadline is at 1 PM pacific time, so they could try and push for one more move.

Who the Padres Picked Up

The Padres received the following players.

Seven. The Padres brought in seven players in an absolute wild trade deadline for a wild 2020. Ther dads improved in both pitcher and hitting, which is going to help them in the second half of this season.

Already five games out of first behind the Dodgers, it will be hard to catch Los Angeles in the West but should be the fourth-best team in the NL heading into October.

Help in the bullpen was the most significant need for the Padres at the deadline as they have a collective 4.66 xFIP and 5.20 ERA. Brining in Rosenthal, Adams, and Altavilla will help moving forward.

San Diego then upgraded its catcher position with Castro and Nola. Padres catchers have a combined .228 wOBA and 42 wRC+ this season. Nola alone is a significant upgrade in that category and have a veteran like Castro to back him up will also help.

Adding the left-hander Mitch Moreland will also help the lineup as he is hitting .328 on the season. Moreland and Castro will help protect Fernando Tatis Jr. and Manny Machado in the middle of the lineup.

San Diego also gets a legit starter in Mike Clevinger. Before having a fallout with Cleveland posted a 3.18 ERA and has a career 10.04 K/9. Padres starters rank 22nd in xFIP on the season.

If you have not already, you better hop on a Padres future before it is too late. As of writing this, the Padres are currently +1700 to win the World Series, according to DraftKings Sportsbook. They also have the third-best odds to win the NL at +750.

The upgrades San Diego made to the roster are significant for the remainder of the season. Although the division might be out of reach, they will most likely make the playoffs and be able to make a run in the post-season.

Hop on the San Diego bandwagon now because this team is going to be fun to watch.