This was announced earlier this week, but the Chicago-based operator will still have some time before it can go live in West Virginia. Rush Street Interactive announced that it is preparing for a second-quarter launch of the BetRivers.com platform.

West Virginia was one of the first states to offer online sports betting in the United States, but it has not seen much growth since that time. The Mountaineer State was the fourth in the US to offer iGaming, and that industry just started earlier this year on July 16.

The state has continued to attract other big-name operators, and landing Rush Street Interactive is a major deal for the market. The numbers from West Virginia up to this point have been modest, but adding another operator should increase total betting handle and revenue.

Century Casinos not only operates the Mountaineer Casino, Racetrack, and Resort in West Virginia, but it also has properties throughout the country. Century Casinos also recently reached a deal with 888Holdings to bring another international operator into the United States. 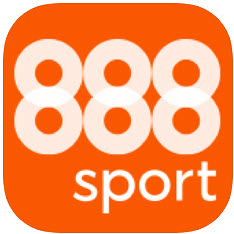 The iGaming handle in West Virginia was $72.6 million, which increased almost 37% from October. iGaming has been on the rise in the Mountaineer State, and adding a new operator will only increase those numbers.

Revenue in November was reported at $2.1 million, and that is another area that has continued to grow. October revenue was just $1.6 million, so the industry saw an increase of a little more than 30%.

Several states are set to join the sports betting industry in 2021, which should boost the US market even more. Virginia is one of the states expected to launch next year, and that will provide plenty of competition to the Mountaineer State.

Maryland, Louisiana, and South Dakota also legalized sports betting through a vote in November, and all are expected to go live at some point in 2021. It’s hard to top what took place in 2020, but 2021 looks like another banner year for the sports betting industry.