Shohei Ohtani Dominates in Final Tune Up Game; What is His Impact in 2020? 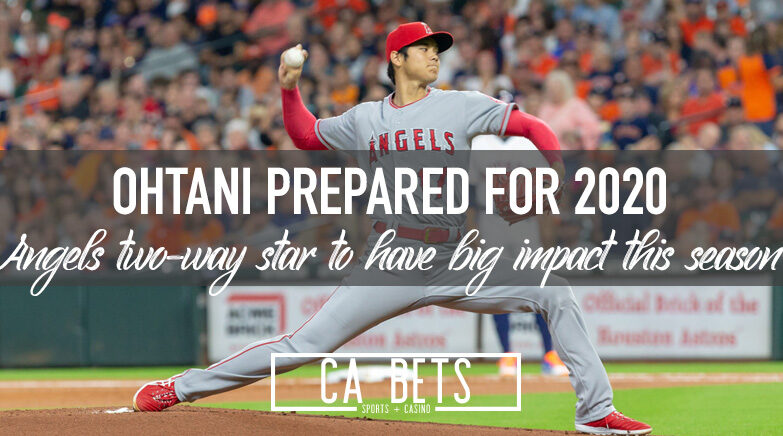 He saw 22 batters and threw 45 strikes on 72 pitches. Ohtani looks ready to go as he was recovering for Tommy John surgery in 2019. Ohtani will need to have a big season for the Angels if they want to make it to the playoffs for the first time since 2014.

The Angels Plan for Ohtani

Now that he is fully recovered, Los Angeles plans to start Ohtani once a week on the mound giving him the day off before and every start. He will begin his first game on Sunday against the Oakland Athletics and could be the Angels Sunday starter this season. L.A. has three of their off days on Monday, which will help Ohtani play in as many games as possible.

The Angels were able to effectively use Ohtani in 2018, which was how the Rookie from Japan was able to win A.L. Rookie of the Year. They put him on a similar plan as to what the 2020 season will look like for him, which was the best use of Ohtani.

A healthy Ohtani in the middle of the lineup and rotation could help the Angels get back to the playoffs. In a competitive American League, L.A. will need all hands on deck if they want to get to October.

What Does Ohtani Mean the L.A.

According to ZiPS projections, they project Ohtani to post a 1.3 WAR for the two-way player. After a hiccup in 2019 due to Tommy John surgery, Ohtani should be closer to his 2018 numbers when he was Rookie of the Year.

As of writing this, Ohtani is projected the be the Angels Sunday Starter giving him a spot on the mound once a week. If the Angels give him the day off before and after every start, L.A. will not have to sit him out a game as the team will have three Monday’s off this season.

Los Angeles is +500 to win the A.L. West this season, and +3500 to win the World Series. Tommy John setback Ohtani in 2019, but now he is talking about how he is ready to go in 2020. A big year will get them closer to their goals and could be a dark horse to make the playoffs.

According to FanDuel, the Angels win total sits at 31.5 wins with -116 juice on the over. This puts them right in the thick of the playoff race as soon as the season starts. A few key wins, thanks to Ohtani’s contribution, could give this team enough wins to make it to the playoffs.