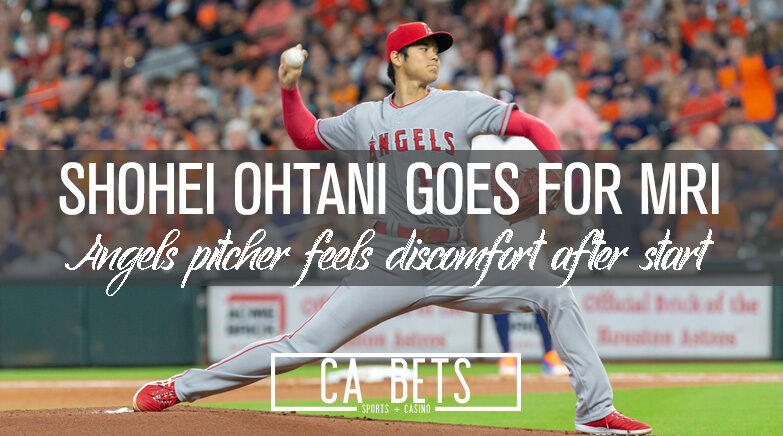 Ohtani has been sent for an MRI on his pitching arm. According to reports, Ohtani started to feel discomfort in his arm after his start on Sunday against the Astros. In September 2018, Ohtani had Tommy John surgery and was ready to go for the 2020 season. Now, he will be shut down pitching-wise until the Angels know what’s up.

This is the second straight start Ohtani has failed to go longer than two innings. In his start against the Oakland A’s last month, Ohtani was unable to record an out. He faced six batters and allowed five earned runs that game.

Ohtani looked better in his second start compared to his first. His average fastball was hitting close to 95 mph compared to 93 mpg. He topped out at 97.1 mph on Sunday. The interesting thing is how Ohtani is still down from his 2018 numbers where his fastball sat at 97 mph and hit a max velocity of 101.9 mph that year.

The summer camp intrasquad game and regular season are almost the same now. He has been struggling to find the plate and get the ball into the zone.

The Angels plan was to use a six-man rotation this season with Ohtani being the Sunday starter. He would have the day off before and after each start. Now, he will serve as the Angels DH for the remainder of the season. They hope Ohtani will be productive as the DH at least. The Angels need help in pitching, so the injury is not in the Angels’ favor.

In 2018, Ohtani struck out 63 batters and 51 2/3 innings while also recording a 3.31 ERA. However, the arm issues have screwed with Ohtani since joining the MLB.

The Angels currently sit at 3-7 this season and the bottom of the A.L. West. Los Angeles has lost both games Ohtani has started, which is discouraging given the 60-game season. As of writing this, the Angels are +3300 to win the World Series and +550 to win the A.L. West, according to FanDuel.

Ohtani has not looked the same since 2018, and given that he is coming off, Tommy John surgery should cause concerns in the Angels’ front office. Depending on the MRI results, Ohtani could miss some time with the Angels.

There is also a chance that he focuses on hitting for the rest of 2020. The Angels had the same plan for him in 2019 when he was shut down pitching for the year.

However, Ohtani’s numbers were not promising from 2018 to 2019. Despite having more plate appearances, Ohtani hit fewer home runs, scored fewer runs, walked less, and created fewer runs as a hitter.