Sports betting hit a turning point in 2018 when the U.S. Supreme Court struck down PASPA in 2018. The ruling allowed states to legislate sports betting on their terms. However, California has struggled to find common ground when it comes to legalizing sports betting, despite having 19 professional teams of the four major sports in their state.

The battles between the Indian Casinos and cardrooms are fierce. Everyone is battling to get the crown jewel of sports betting, which is costing Californians that experience. The state of California could become a sports betting hub and generating millions in revenue. For now, state lawmakers will have to continue to find ways to keep their gaming shareholders happy. 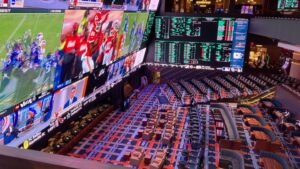 The Colorado sports betting market continues to make waves in the industry. The Centennial State became just the seventh state… 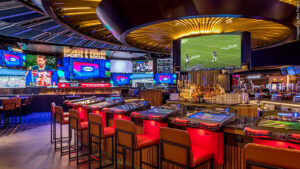 In November, the Arizona Department of Gaming recorded $626.9 million in a handle in November, leading to a surge in… Hawaii will be making another attempt to legalize sports betting after years of coming up short. The Aloha State and… 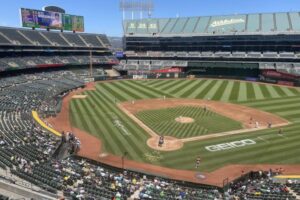 There have been persistent rumors that the Oakland Athletics baseball team may relocate from Oakland to Las Vegas. The look… Can Betfred Sportsbook Be on the Rise by Making Ohio a Priority, While Potentially Gaining Entry in Nevada?

Betfred bets big on the Cincinnati Bengals with the hopes of making Ohio its top market in the industry. The… 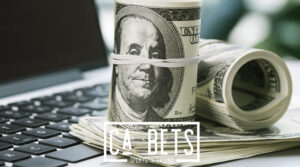 CABETS: Tennessee Sets a New Record in the Monthly Handle and Revenue in December as the November Highs Were Short-Lived

CABETS: Tennessee Sets a New Record in the Monthly Handle and Revenue in December as the November Highs Were Short-Lived… 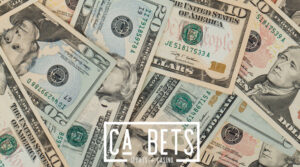 CABETS: SATURDAY: Sportsbook Operators in Arizona Combine to Accept $618.6 million in Bets for October, Which Implies the Second-Highest Total… 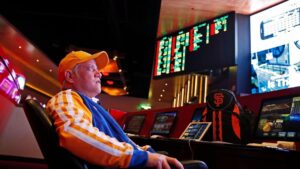 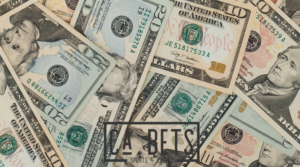 Nevada Fails to Reach a $1 Billion Handle in November, and Sportsbooks Struggle Mightily Against the Public

With the Raiders’ playoff dreams now gone, the Las Vegas sports betting handle has struggled to gain momentum for the…

First, to understand the history of California sports betting, we have to go back to 2000 to get the full picture. This was the year when California separated cardrooms and tribal casinos.

2000
In March 2000, the Gambling on Tribal Lands Legislative Constitutional Amendment and the Indian Self-Reliance Amendment (Proposition 1A) was placed on the California state ballot to resolve this technicality and establish the legality of California Indian gaming on tribal land. Voters opted to protect Indian gaming in California by approving Proposition 1A by a 64% winning margin.

2004
In 2004, Gov. Schwarzenegger extended the compacts of nine tribes by 10 years and permitted them an unlimited number of slot machines in exchange for increased licensing fees for machines above the original 2,000 machine limit.

2004-2008
Over the next four years, tribal casinos begin to explode all over the state of California. Gov. Schwarzenegger continues to add slot machines to Indian casinos across the state as they grow during this time.

2012
In September 2012, Gov. Jerry Brown approved the first California tribes to operate casinos not located on their tribal lands. This is another milestone as tribal casinos continue to create a stronghold on California gaming.

2017
Assemblyman Adam Gray came back in 2017 with ACA 18. This bill intended to amend the California constitution to legalize sports betting. However, an Assembly Amendment cannot happen in an election year, which is why the original bill never had traction in 2016.

In June, a group known as Californians for Sports Betting filed a petition to get the issue on the 2020 November ballot. Their deadline was in February of 2019, and they had to collect 623,211 to qualify to be on the ballot. The initiative collected zero signatures and was doomed before it even began. The petition would have allowed cardrooms to have sportsbooks which fall directly against tribal interests.

In November, a total of 18 state tribes banded together to file their petition to get CA sports betting on the November 2020 ballot. The terms of their petition are less attractive for sports bettors in that the only places that sportsbooks could exist is in tribal casinos, and mobile betting is not on the petition. Also, the petition prohibits betting on collegiate teams based in California, which would be a huge blow to any potential sports gambling profits for both sides of the industry.

2020
As of March, the California tribes were well on their way to receive more than enough signatures to qualify their petition on the ballot. Those in the state legislature are opposed to the tribe’s terms, but no action was taken on ACA 16 or SCA 6. At least one of those measures will need to pass by June with a two-thirds approval in the state legislature.

However, the COVID-19 crisis suspended either of the two parties from moving forward with their plans. The tribes couldn’t get any signatures due to the lockdown, and legislators were not voting on any bills.

In June, Sen. Dodd pulled the sports betting bill from the floor of the Senate. The bill would have needed to pass the Senate, Assembly, and approved by the Governor in a week for it to be on the November ballot. California will not try to legalize sports betting in 2022.

The Future of California Sports Betting

California is still working on legalizing legislation for sports betting. There has been a lot of opposition from gaming shareholders on how sports betting should be handled in the state. Right now, California will need to wait until 2022 for another opportunity to have sports betting legalized.

Sen. Dodd has high expectations for generating traffic around sports betting. He believes that there could be $2 billion in annual wages, and generating $300 million in state taxes every year. These are huge numbers that lawmakers know will have a big impact on the state.

This makes it possible for tribal casinos to have a stronghold over legislation with the amount of money being generated from their casinos. Casinos have made sure cardrooms are following the rules that California lawmakers have put in place for the two.

Tribal casinos are allowed to offer house vs. player games like slots and Blackjack. Cardrooms offer player vs. player games like Texas Hold ‘Em. However, over the year, cardrooms have tried to push the boundaries on the games they allow, and tribal casinos do their best to make sure they follow California game laws. Sometimes the cardroom is successful, and sometimes they aren’t.

First Sportsbooks in the State

California is still at least two years away from having legalized sports betting in the state, and possibly even longer for sportsbooks to start operating. However, some big U.S. sportsbooks will want to capitalize on one of the most populated states.

FanDuel
FanDuel is one of the fastest-growing sportsbooks in the U.S. They are currently in eight states and pending entry to Colorado. However, a lot of operations are on the east coast, so heading out to California would be unprecedented for the company. Also, California tribes do not want mobile betting in the state, which could make a difference in how persistent they are in entering the market.

DraftKings
DraftKings will also want to find a way into California sooner than later. The FanDuel competitor has moved into nine states, and also announced an agreement to enter the Illinois market. In their recent Illinois announcement, DraftKings might find clever ways to get around potential sports betting laws in generating revenue for themselves.

BetMGM
BetMGM is another potential suitor for California. MGM has resorts throughout the U.S. and focused in Las Vegas, which is a short ride to California. They are most likely going to want to enter into the market early, and have the most potential to do so. BetMGM is now in four states, including Nevada, which. Will help them attack markets out west.

PointsBet
PointsBet is rising in popularity as the Sportsbook has retail and mobile operations in four states, including Colorado. With how PointsBet is growing its operations, there is a chance that they’ll want to partner up with a casino or racetrack in California.

FoxBet
FoxBet is another up and coming sportsbook looking to take advantage of the U.S. market. They are now in three states, including Colorado. Fox Sports has locations in California, which could help FoxBet create a partnership in California. There’s a chance that they can be an early entry.

Caesar’s
Caesar’s Sportsbook could be a dark horse in being the first Sportsbook to enter the California market. Right now, they have operations in seven states, including a stronghold in Las Vegas. There’s a chance that they capitalize on new betting regulations in California to capture the state’s bettors that travel to Vegas regularly.

No, California has not legalized sports in the state. Lawmakers continue to fight opposition from tribal casinos on the legislation. However, sports betting bills continue to make their way onto the floor, so lawmakers are working on the way to legalize sports betting.

How long will California sports betting be illegal?

There’s no timetable on when sports betting will become legal in the Golden State. Right now, the earliest chance that it could be on a ballot is 2022. Lawmakers need to hash out betting laws with cardrooms and tribal casinos on sports betting regulations will work.

Cardrooms are rooms in California where people can play card games like Texas Hold ‘Em. Cardroom is allowed to offer player vs. player games on their properties. Also, cardrooms have been known to try and work around laws about the games they offer.

What are tribal casinos?

Tribal casinos are Las Vegas-style casinos on Indian land. The casinos had more freedom in 2000 when Proposition 1A was passed to allow the games they do now. The games are house vs. player games like Blackjack and Slots. The tribal casino has grown into an $8 billion industry, and have a lot of power in the Golden State.

Can I gamble in California?

Yes, people are still allowed to gamble in California. Sports betting is off the table, but games like the Lottery, Card Games, Slots, and even horse racing are still offered throughout the state. Not every gaming location offers the same games, so Californians should check what locations offer.

Could I bet on college sports?

Depending on the bill that passes, there’s a chance that sports bettors will not be able to bet on college teams in California. In the tribal bill they proposed, they outlawed betting on California teams. However, state lawmakers would allow it if the bill passes.