State Board Considering to Suspend Horse Racing at Los Alamitos 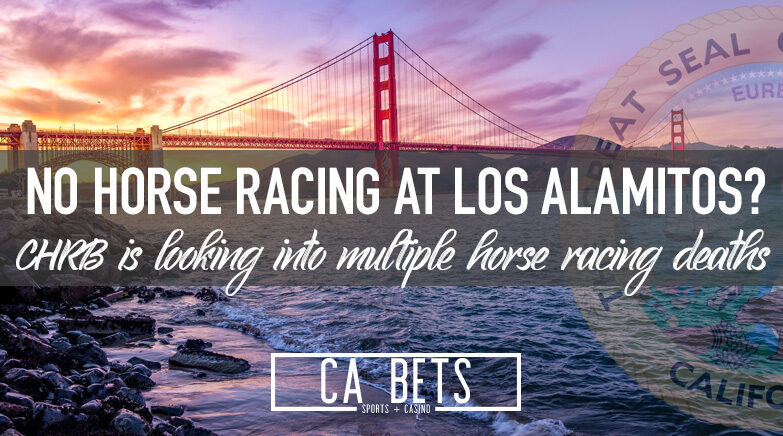 The California Horse Racing Board is scheduling a special meeting on Friday regarding several horse racing deaths at Los Alamitos racetrack. This year, 19 horses died while racing at Los Alamitos. Another 10 have died of gastrointestinal issues or other illnesses.

Los Alamitos remains open though the coronavirus pandemic and has been the only race track that has remained open since the outbreak began.

Multiple racetracks in California have come under scrutiny over the deaths of horses. At least 50 horses have died while racing or training at Santa Anita since December of 2018, including 15 this season.

The California Horse Racing Board passed a new whipping law, which would restrict jockey’s whipping horses six times or less during a race.

Overall, the meeting will take into consideration how to protect the horses from fatalities, which could suspend Los Alamitos horse racing in the meantime. The goal is to ensure that horses are safe before, during, and after their race, as the death of horses has been concerning over the last few years.

Can the Whipping Law Help?

Last month, the California Horse Racing Board passed a rule, which would change whipping rules in the Empire State. The CHRB is restricting whipping rules to only six whips per race, and jockey cannot whip a horse more than two times in a row.

The CHRB approved of the rule hoping that will protect horses from long term injuries during a race. Although whipping horses during a race might now have a direct correlation to the deaths. This is a step in the right direction to protect racehorses in California.

The number of deaths they have seen is staggering and concerning moving forward if they are not addressed. This could help the issue a bit in the future, but more still needs to be done to make sure horses are healthy during their racing career.