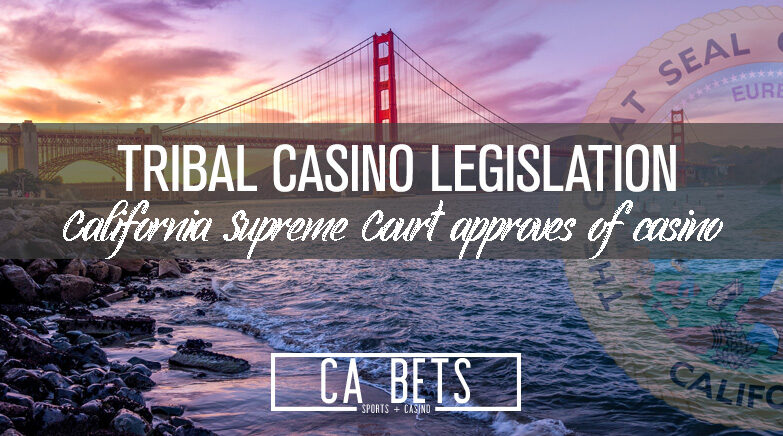 This week, the California Supreme Court approved of a tribal casino off the tribal territory. North Folk Rancheria was looking to build a new casino that would be in incorporated part of California.

This comes as an unprecedented decision as tribal casinos is all on tribal land. The casino is expected to be built off Highway 99. It will be a 300-acre casino with 2,000 slot machines, 40 table games, and a 200 bedroom hotel.

This is big news for the tribe as opposing tribes fought their hardest to get the casino approval overturned. Of course, who would want to compete with a tribal casino that is not even on tribal land?

Overall, this is huge news for tribal casinos in California and could become a game-changer for years to come.

How California Got Here

North Folk and Station Casino started talks of this project 17 years ago about launching the new casino. For this to work out in the location they wanted, the tribe has to put land in a trust for the Department of Interior. The DOI approved so the parties could move forward.

In 2012, former Gov. Jerry Brown approved the casino to build, which was when rival tribes filed a lawsuit against the casino being built. The ruling ultimately went through the court system, where two lower courts said no to building the casino.

Now, here we are in 2020 – eight years after the former California Governor signed off on the casino. The California Supreme Court ruled in favor of the North Folk Tribe to build the casino. The casino will go in Madera County where three other tribal casinos stand.

The loophole behind the whole matter sits in the fact that North Folk Rancheria has 2,200 members living within the county. This was how they were able to approve of the casino and deem it acceptable to build for the tribe.

Although the casino has the ok to break ground, the details behind the casino are not as thought out just yet. All anyone knows about the plans is that the casino will sit on 305-acres of unincorporated land within the county.

The building could take a few more years before they officially open, making it close to 20 years since the original plan was put in place. Regardless, this is a huge win for the North Folk Rancheria tribe and will be able to help grow the local economy.

As for the casino industry moving forward, this could change the whole landscape in California. This could even change the tribal casino landscape across the U.S. North Folk put land in a trust as part of the deal to get the casino approval they needed, and although it took many years to pass, it finally happened.

Other tribes could look at this as a way to build casinos in different parts of the Golden State without actually building on their tribal land. If this is the case, then you could see tribes competing to build casinos throughout California, almost as if they were building their local casino chain.

This should help the gambling industry grow even more.