The Pac-12 to Play 7 Game Schedule this Fall 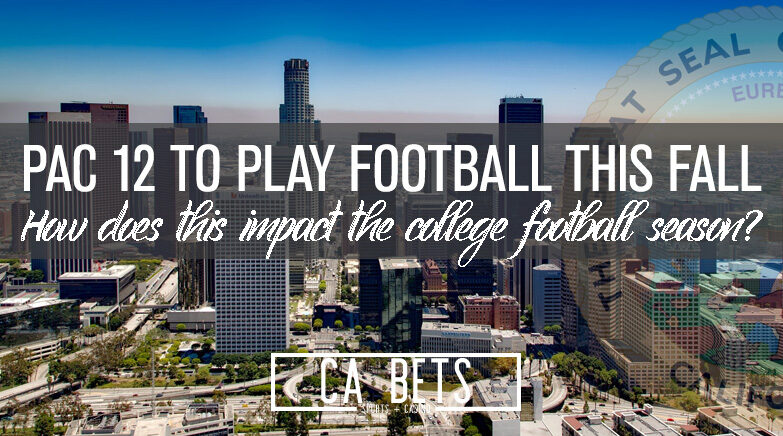 On Thursday, the Pac-12 announced that they would be playing football this fall. The conference decided on a seven-game schedule beginning November 6. The decision comes at a reversal by the Pac-12 CEO committee after postponing all athletics events until 2021, due to the health concerns around the coronavirus.

“This has been the result of what we said back in August that we’d follow the science, follow the data, follow the advice from our medical experts,” Pac-12 commissioner Larry Scott said, “and that we know how badly our student-athletes want to compete, as student-athletes for the Pac-12, but that we would only do so when we felt that we could do so safely.”

The press release also cited that men’s and women’s basketball can begin November 25. The announcement comes a week after the Big Ten voted to return to play, which will happen on October 24.

The Pac-12 is trying to fit seven games in before Christmas weekend later this year. Each team will play five divisional opponents, and then play one team from the opposing division. Then, the seventh game will be the same weekend as the Pac-12 Championship Game.

This at least gives the conference some football games this year, although it is not a regular 12-game schedule. The ACC, Big 12, and SEC are all playing 10-game schedules this season, while the Big Ten and Pac-12 play less.

Odds have not been posted as to who will win the Pac-12 this season, but Oregon will most likely be the favorite. There will be many betting opportunities on Pac-12 games this year, with games going into December and being factored by the weather.

There could be a chance that one of the Arizona schools has to play a Washington or Oregon school in a blizzard. We will see who is affected the most by the scheduling over the next few weeks.

Can a Pac-12 Team make the Playoff?

With the Pac-12 announcing that they will play football, the question becomes whether or not they have a legit chance of playing for the College Football Playoff.

“Our schools, knowing we’re going to be able to play a meaningful number of games, high-level games, with our championship concluding before that final CFP meeting, we have the opportunity to have a team in the mix for the playoff,” Scott said, “and I know our teams and our student-athletes are coming back, eager to compete for that.”

Of course, the Pac-12 commissioner believes so, but how good of a chance do they have. The Pac-12 has missed the CFP in four of the six seasons, and there is a good chance they miss again. The Pac-12 is one of the weaker power five conferences with no true dominating school like Clemson or Oklahoma.

On top of that, the Pac-12 is only playing seven games compared to 10 games with the Big 12, ACC, and SEC. This will make it more difficult as the schools in those conferences will have to go through a tougher gauntlet to have a chance at the CFP.

Who knows, maybe a team out west will surprise everyone and dominate their games each week, and putting them in the conversation.