TheScore Bet has received approval from the Colorado Division of Gaming to launch its mobile sports app this month. Score Media and Gaming Inc is the parent company behind the launch of this new mobile app.

The company has been developing their app, and they were finally able to create a product that meets all of the Colorado rules and regulations regarding sports betting. TheScore Bet is the newest app to launch in the state, and it will join an already crowded market. 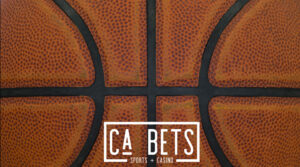 Releasing in Colorado is just the first step for theScore Bet, and it is planning on launching in several other states in the upcoming months. The developers chose Colorado because it will likely become a leader in the industry.

TheScore Bet had to first find a partner in Colorado to gain access to the industry. The company was able to reach an agreement with Jacobs Entertainment Inc. in January, and they have been preparing to launch ever since.

Colorado legalized sports betting last November after residents passed a referendum. Sports betting officially launched on May 1, although numbers were low because the release came amid a pandemic.

There were just a handful of operators ready to launch on May 1, but some of the business’s biggest names are already up and running. DraftKings and FanDuel Sportsbook were prepared to go from day 1, and they have since been joined by plenty of other big names.

William Hill has launched their sportsbook app in the state, and the SuperBook is expected to launch before the start of the 2020 football season. There are more than 40 casinos in Colorado, and retail sports betting is now underway as well.

Sportsbooks in Colorado saw more than $38 million in total sports betting handle during June. All of this, despite there only being a handful of operators, and most live sports had yet to resume operations.

Table tennis brought in the most betting action for the second month in a row, and soccer was second. Both of those sports are expected to fade out now that the major North American leagues are back in action.

Two professional teams from the state of Colorado are currently being viewed as title contenders in their respective sports. The Colorado Avalanche of the NHL and the Denver Nuggets of the NBA are set to kick off their playoffs within the next two weeks.

The Colorado Avalanche are currently being offered at +450 to win the Stanley Cup at FanDuel Sportsbook. Those are the second-best odds listed, with the Boston Bruins at +400 being the betting favorites.

FanDuel Sportsbook has the Denver Nuggets at +2700 to win the NBA Championship, which is the 7th best odds in the league. Denver competes in a loaded Western Conference, and that will be a substantial first hurdle to climb.