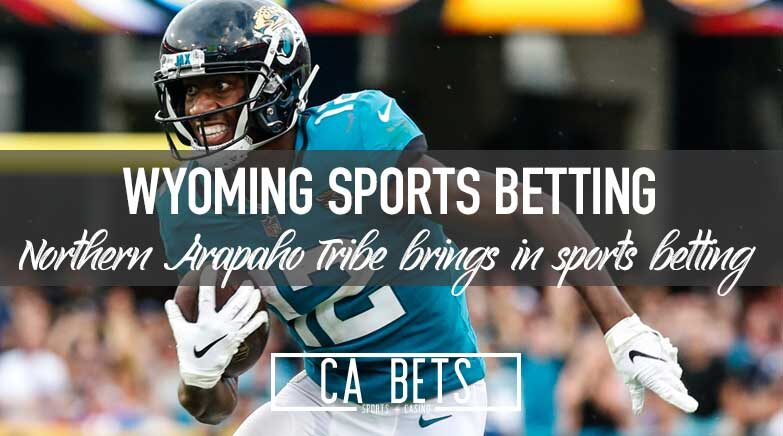 Despite Wyoming not having legalized sports betting in the state, one tribal group has decided to get ahead of the game. The Northern Arapaho Tribe decided to bring sports betting to the casino, although there is no legislation surrounding the market.

“The Northern Arapaho Tribe conducts gaming under the authorization of the U.S. Department of the Interior, and does not require state approval for sports betting,” the tribe said in a press release.

The Northern Arapaho Tribe is dropping the mic with its statement!

Sports betting in Wyoming could be going to three different casinos across the state run by the tribe. This is a big move for tribal casinos in states that have not legalized sports betting. Some could look at with the Arapaho have done in Wyoming and use it as precedent.

Experts are still trying to figure out if Wyoming can pull such a move without state legislation. New Mexico did something similar to sports betting, and the state has done nothing to punish them from doing so.

Oklahoma tried to bring sports betting to tribal casinos but was sued by the state Supreme Court. Wyoming Gov. Mark Gordon did not respond to the Arapaho sports betting move.

The reason why the Northern Arapaho can do this is that they are under Class III gaming regulations. Class III is different from Class I and Class II regulations and go into more detail under the Code of Federal Regulations. Although there is no guarantee that this will hold up, it does show tribal casinos how to get around some of the regulations the state doesn’t have jurisdiction over.

The move could even help Wyoming pass sports betting under commercial use as well. If they see tribal casinos can launch sports betting without the help of the state, and they are running successful operations, then Wyoming could look at it as an opportunity to legalize sports betting themselves.

Can Tribes in Other States Try This

Yes, and Wyoming has not been the first. Oklahoma tribal groups tried legalizing sports betting earlier this year before the state Supreme Court sued them. New Mexico has had success with tribal sports betting despite the state not legalizing the industry for commercial use.

Tribal groups across the U.S. could try and legalize sports before the state does, and with Wyoming becoming the third state to try this, it could happen more.

Take a state like California, for example. The state runs off gaming revenue, which has become a multi-billion dollar industry thanks to tribal casinos. The amount of power California tribes have in the state could create a hostile takeover if they truly wanted to.

That probably won’t happen, but tribes run California gaming, and revenue is brought in thanks to the tribes. States like New Mexico, Oklahoma, and Wyoming are much smaller than California.

If California tried to pull this move with its casinos, then it would be a much bigger deal for sportsbooks across the U.S. There is no saying that California will do this, but it is something to watch if tribes continue to make attempts.