Now that the 2021 NCAA Tournament has come to an end, there is no time to waste when looking at the 2022 betting odds. These betting odds will be changing many times before the 2021-22 season even begins, but the UCLA Bruins are one of the early betting favorites.

The Gonzaga Bulldogs are +900 to win the 2022 NCAA Basketball title, even after falling short with a loaded team in 2021. Gonzaga should once again have a terrific regular season, and it should be a top seed when the brackets are revealed next March.

Next on the list: the UCLA Bruins led by head coach Mick Cronin. UCLA is +1000 to win the 2022 NCAA Championship, and those odds are no doubt boosted by the thrilling and surprising run this season.

The Bruins are expected to return a number of key pieces from the Final Four run in 2021 and could be even better next season. The Michigan Wolverines and Ohio State Buckeyes are next on the list at +1200 and +1400, respectively.

Making the Final Four is the first big step in winning the NCAA Championship each season, and oddsmakers really like the Bruins’ chances of making a return trip. UCLA has odds set at +250 to be one of the final teams left standing in 2022, and the Gonzaga Bulldogs have only slightly better odds at +200. 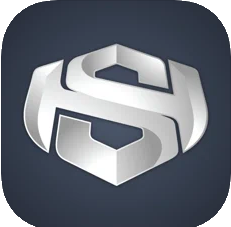 Gonzaga and UCLA gave basketball fans an overtime game in a 2021 semifinal matchup, and a rematch in 2022 would be must-watch television. Michigan and Purdue are next on the list of odds to make the Final Four at +275.

Sportsbooks are looking for action with this futures bet, but they are also out to protect themselves. For this reason, you won’t see extremely long odds for many teams until the season gets closer to tipping off.

The 2021 NCAA Tournament was played entirely in the state of Indiana, but that won’t be the case next season. The 2022 Men’s Final Four will be held at the Mercedes-Benz SuperDome on April 2 and 4.

San Francisco, California, will be the site of the West Regional next season, and the UCLA Bruins could be staying close to home if they land a number one seed. Selection Sunday is slated for March 13, 2022, and the Bruins are a solid bet to have their name called.

The future of Johnny Juzang will play a key role in how far UCLA is able to advance in the NCAA Tournament in 2022. Juzang was not considered to be a top draft pick prior to March, but his run could propel him up the draft boards and cause him to leave school early.

Oklahoma State guard Cade Cunningham is the clear betting favorite to be the number 1 overall pick in the NBA Draft, with odds as short as -300 at some sportsbooks. Evan Mobley of USC (+550) and Ziaire Williams of Stanford (+1500) are both expected to be top-10 picks, and these are two of the best players in the Pac-12 Conference.